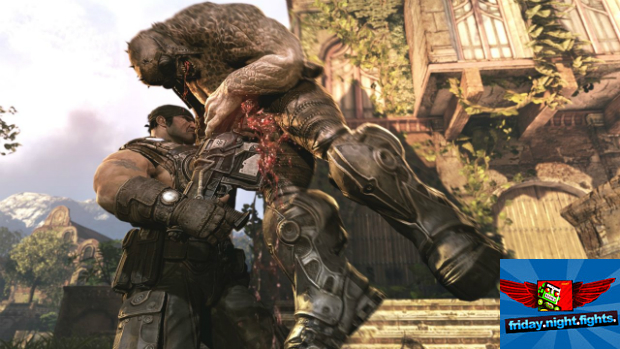 Ladies and gentlemen, we are in the midst of the biggest multiplayer gaming season of the year! Gears of War 3 hits in just a few days, followed by Battlefield 3 at the end of October, Uncharted 3 the week after that, and Call of Duty: Modern Warfare 3 the week after that! Add to that the recent releases of Dead Island, Resistance 3 and Warhammer 40,000: Space Marine and you’ve got the recipe for a multiplayer feast like none other! I expect Friday Night Fights will be very busy in the coming months!

And speaking of games, don’t forget to follow the FNF community’s unofficial Facebook group, Google+ page and Twitter account to stay on top of community matches and happenings throughout the week! Believe it or not, some people don’t just game on Fridays!

Now that that’s out of the way, let’s get our game on!

The planning for FNF starts in the forums, where community members volunteer to host by posting their information (game, time, Gamertag, etc.) and drum up interest in their match. Then, every Friday, reminder posts go up in the community blogs thanks to a dedicated group of FNF regulars. And finally, I’ll recap everything here on Friday evenings and open up an FNF chat group so people can work out their last-minute details.

Click here for this week’s chat room. We hope to see you online!

Check out the 360 FNF community blog for more details!

Check out the PS3 FNF community blog for more details!