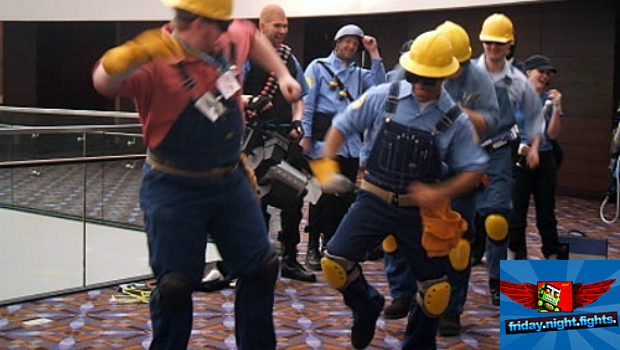 As you may have heard, Dtoid now has its own Team Fortress 2 server; you should go play on it! Dtoider Ruckus has volunteered to host a match starting at about 10:30 PM Eastern tonight, but that doesn’t mean you can’t jump on any time, any day and find a match! (It’s a server, after all!) And who knows, you may even get to frag a staff member or two!

Also of note is that in addition to a new Facebook group and Twitter account, the FNF community has created a Google+ page for your circling pleasure. Go add ’em now!

And with that, let’s get down to business!

The planning for FNF starts in the forums, where community members volunteer to host by posting their information (Gamertag, time, game, etc.) and drum up interest in their match. Then, every Friday, reminder posts go up in the community blogs thanks to a dedicated group of FNF regulars. And finally, I’ll recap everything here on Friday evenings and open up an FNF chat group so people can work out their last-minute details.