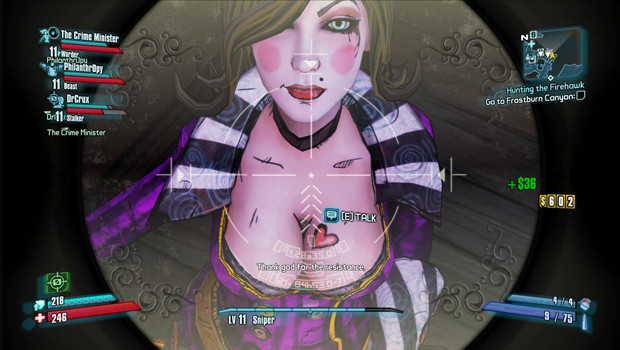 [Thanks to Swishiee for the header.]

We’ve been posting a TON of Borderlands 2 stuff this week, so much so that some people have complained that it’s been too much or even that we’ve somehow been bought off. But the truth of the matter is, it’s just a damn fun game that almost everyone on staff is having a blast with, and sometimes we’re allowed to get a little excited, dammit!

Anyway, judging by the amount of you who will be romping across Pandora during FNF tonight, it’s safe to say that most of you are excited about it, too. So what are you waiting for? Go play!

Foom is co-hosting a 12-person WarMage tournament with the folks at Burst Online! Tune in to Dtoid.TV between 4 and 8 PM Pacific to be a part of the action!