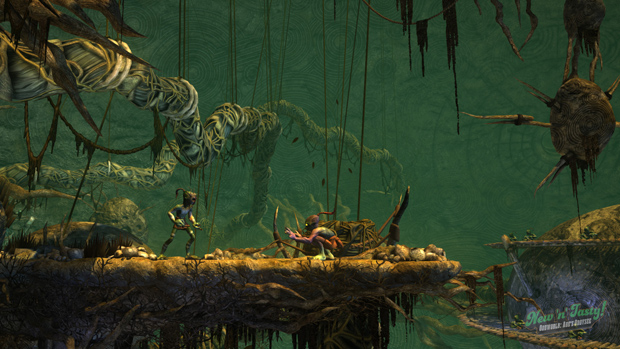 Abe frightened me when I was younger

Tasty? Yes. New? Depends how you look at it. Oddworld: New ‘n’ Tasty has been out on PC for a little bit now and on PS4 for even longer, but this remake hasn’t finished making the rounds yet.

Somehow, this is “the first outing of an Oddworld game on Xbox since Stranger’s Wrath in 2005.”