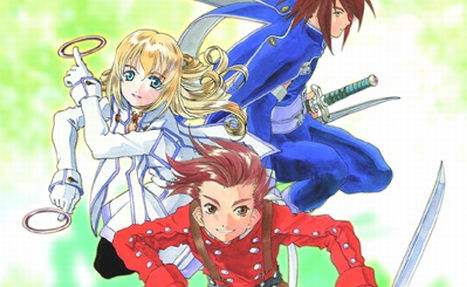 If you read Japanese already and love everything Tales-related, you may have already tracked down the Tales of Symphonia manga and devoured it, but since there hasn’t been an official English language release most North American fans may not have had the pleasure of reading it yet.

According to C3, the manga has just been announced for a French release and will be avaliable for sale starting March 12th. You could be hopeful about this and keep your fingers crossed for an English release, or if you aren’t fussy about actually owning the books, you can go read the whole series here. Is it just me, or os the internet wonderful?