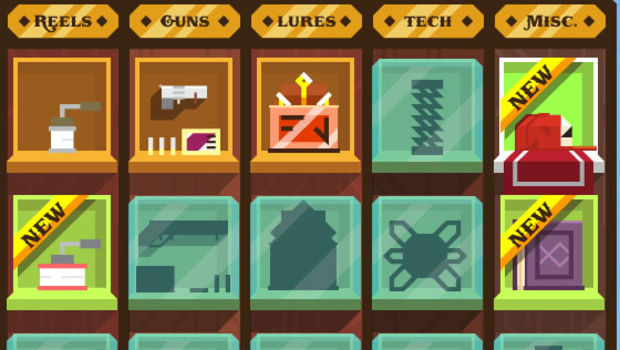 Are more famous fish on the way?

As soon as I sat down with Ridiculous Fishing, I was hooked (ha!). Vlambeer had created something so simple, yet truly addictive and fun, and it was incredibly hard to put down. Fans now have a lot to look forward to, as Vlambeer’s Rami Ismail has announced that a “huge” update is planned that will essentially double the size of the game.

Rami notes that the new content will add a new narrative arc, and he re-iterates that they were “serious” about giving you the entire experience at the base price of $2.99 without nickel-and-diming you. Out of everything that’s mentioned, my personal favorite is the knife, which can end a run instantly by cutting the line.

Vlambeer basically has its hands full between updating old games, creating new ones, and fighting off shameless clones of their games, so I wish them the best of luck.