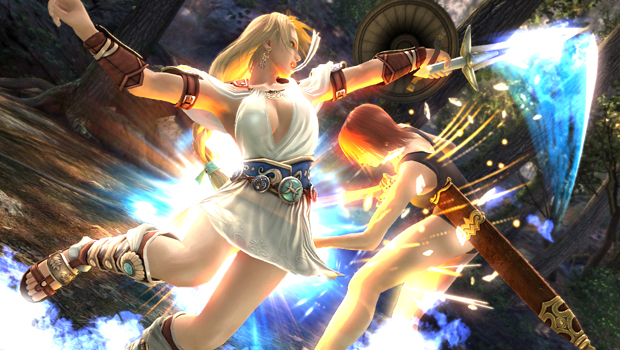 Some fans are pretty upset with this game already

Bamco Nandai has announced that SoulCalibur: Lost Swords, the company’s upcoming free-to-play title, will be launching exclusively on the PlayStation 3 sometime this spring. I mean, it’s not very specific but it’s a bit more than the “2014” launch date they had given before, so they’re getting there.

Camno Danbai’s Lost Swords has already drawn criticism from fans of the franchise for being a single-player only title that’s expected to implement a sort of “play-time token” system where players pay real money in order to play a certain amount of matches in the game (similar to that of Tekken: Revolution).

What’s everyone thinking of this game so far?