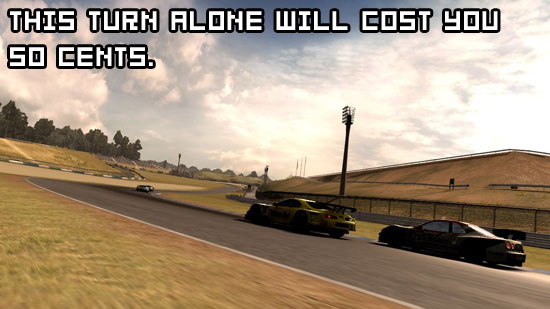 Forza 2‘s 14th track, Twin Ring Motegi, will be available on October 26 for 600 Microsoft points. That’s $7.50 in human being money, and no, that’s not a typo. This single track — based off a real-world track designed by Honda in 1997 — is going to cost $7.50. In Turn 10’s defense, the course does offer several racing paths, due to its “twin ring” layout. And the game’s lead designer, Dan Greenawalt, does point out that each track can take up to five months to build.

Good thing Friday is pay day. Head over to GameSpot for video of the track in action, and an interview with Greenawalt discussing some of the finer points of a $7.50 digital race track for your $59.99 game.