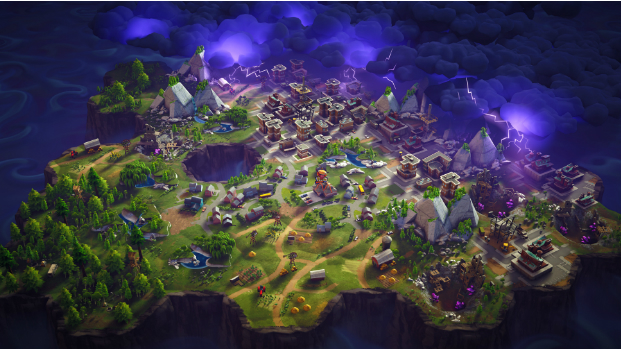 So says the press release, anyway

Back in March, Epic Games said that its upcoming cooper multiplayer sandbox fortress defense something-or-other Fortnite had “evolved,” and that they would hopefully be able to talk about it soon. Well, there has not been much talk since then, but today the developer released a load of screenshots, concept art, and a new trailer.

The trailer shows off a lot of the different gameplay elements included. The coolest thing is probably the on-the-fly construction and reconstruction of fortress defenses. Depending on where you put holes in a wall, windows and doors will be built automatically. Second-coolest thing: pointing at a treasure chest menacingly for several seconds until it opens.

Another detail emphasized today is that Epic is still accepting applications to get into the alpha, with some applicants getting in this year, and more to come in 2015. Fortnite is still only being developed for PC, but there is a possibility that it will be ported to other platforms later.