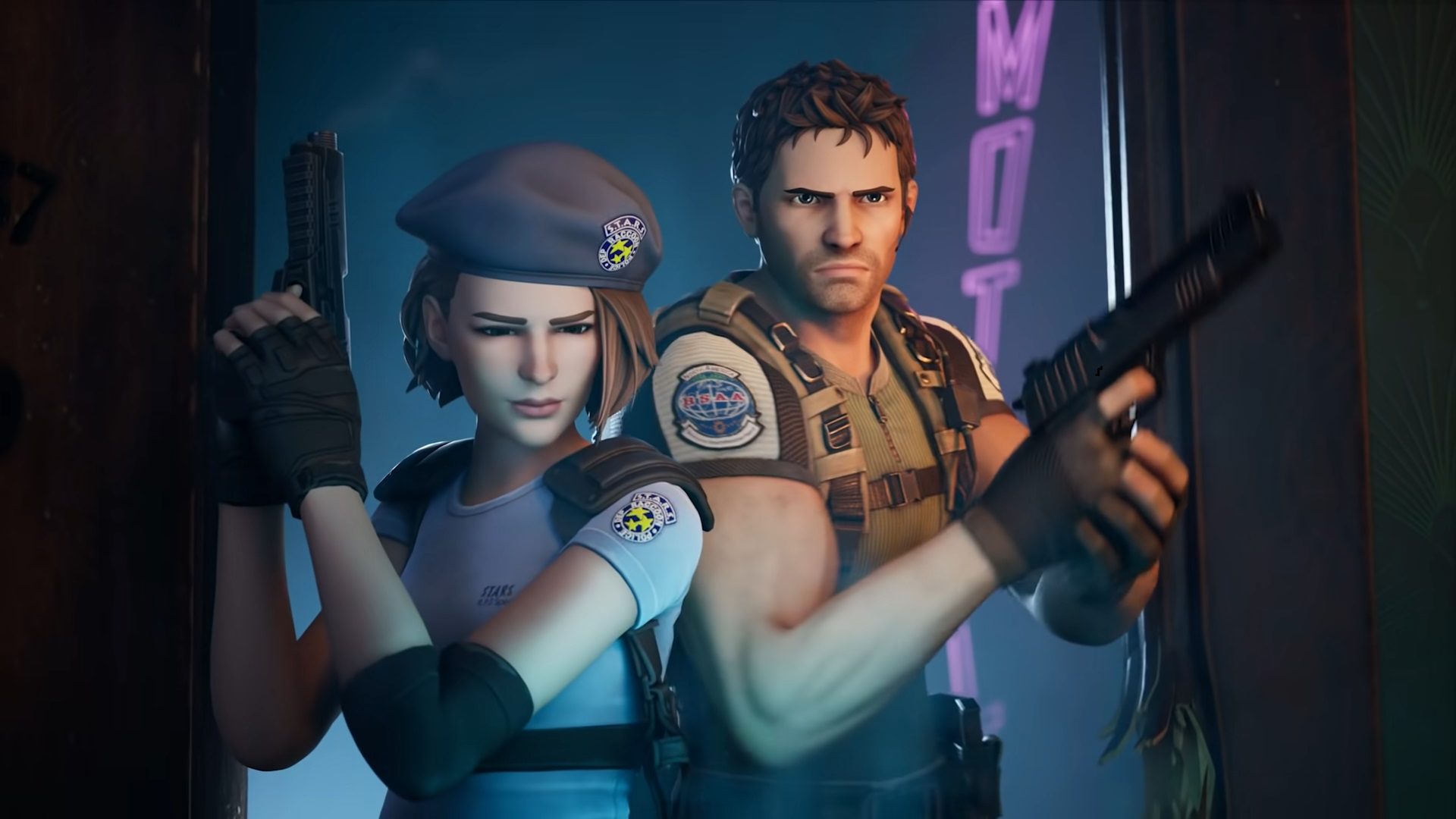 So there’s a few ways that IP can enter the Fortnite party. The more interesting tact is when characters are directly integrated into the story, and are earned via the season pass or some other free event (The Mandalorian, Superman, and Carnage are a few examples in the last year). The most common method is via the storefront, where you pay cold hard cash for skins. The latter delivery system is how Chris Redfield and Jill Valentine are now wrapped up in a Fortnite Resident Evil crossover.

As of this weekend, both characters are available for the taking through V-Bucks (with Village and RE3 Remake skins for Chris and Jill respectively, along with throwbacks for each), along with typewriter and herb back bling (read: backpacks you wear cosmetically), several series hand-to-hand weapons (hot dogger, stun rod), a loading screen of Chris and Jill killing various zombiefied members of the Fortnite cast, and the “brolly stroll” emote that lets you twirl an Umbrella Corp umbrella.

Although Capcom isn’t one to turn down a crossover at pretty much any moment, and the duo isn’t incorporated into the narrative, this is tangentially related to the current storyline. Fortnite is currently overrun by demonic/parasitic-esque alien cube monsters, so bringing in monster hunter seems like a reasonable thing to do. As some folks have pointed out, this collab is a little more true to form than a few past ones as well, including the off-model Street Fighter skins.