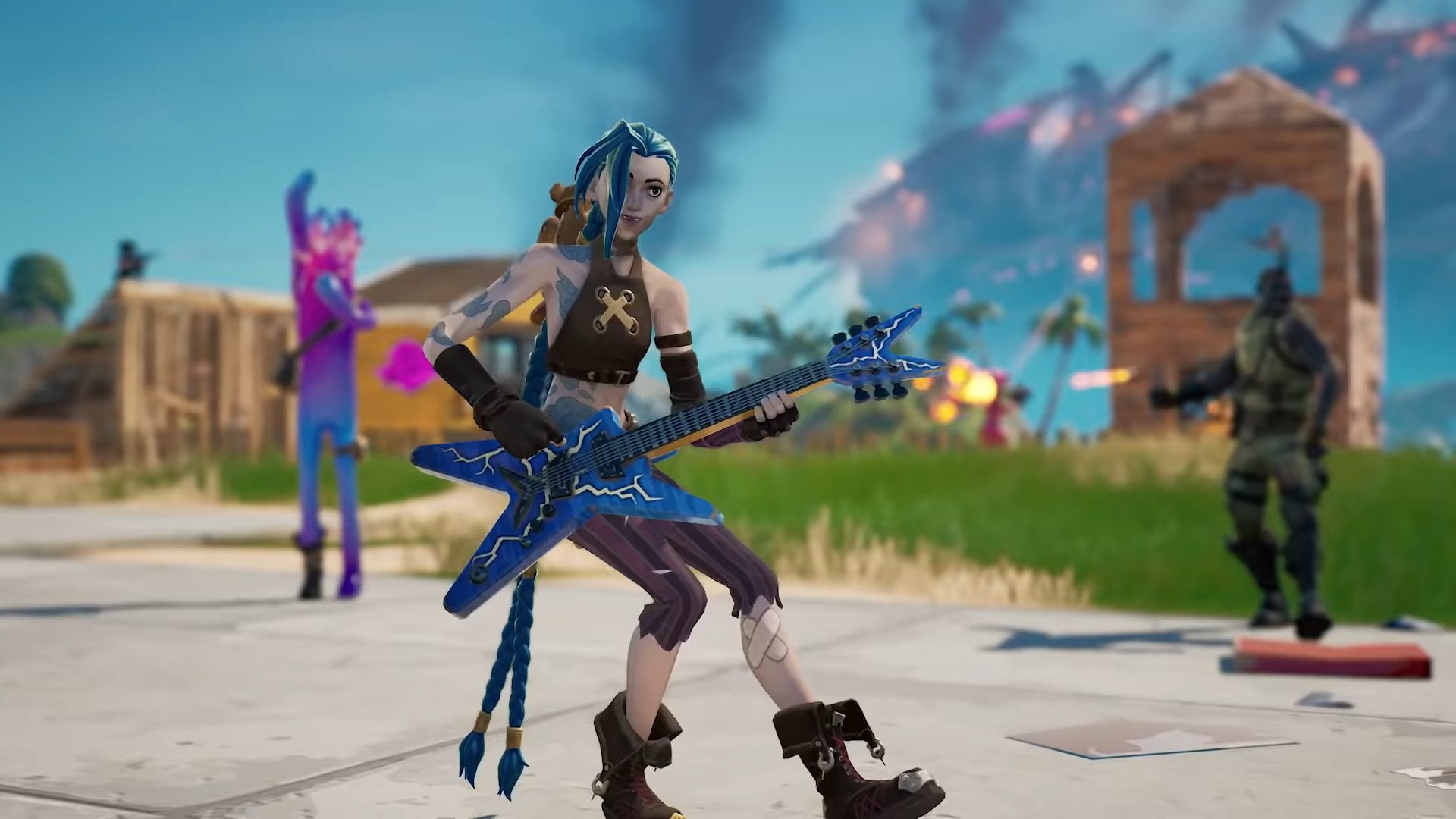 Jinx is now part of the game

I feel like if you were to choose one character in League of Legends that would transfer over to Fornite, it would be Jinx. I remember vividly when she was released in League, and although she had her detractors at first due to her wild art style, she was quickly welcomed by many in the community, and became a breakout star. Riot leans heavily on Jinx when it comes to various bits of merchandise and promos, including this new Fortnite meets League collab.

Yep, as of now, Jinx is in the Fortnite item shop as a new character. As is the case with most premium shop promos, she is available separately or as part of a bundle, which includes two loading screens, a new music track, the “Dream Monkey” back bling, a spray, and the Pow Pow Crusher pickaxe. Since this Fortnite meets League collab seemed to have gone over well, I feel like it’s just a matter of time until K/DA invades Fortnite.

As a reminder, this collab not only makes sense because Jinx is basically a Fortnite character, but Epic Games and Riot also teamed up recently in general. Valorant, League of Legends, Legends of Runeterra, and Teamfight Tactics are all part of the Epic Games Store now. Synergy!