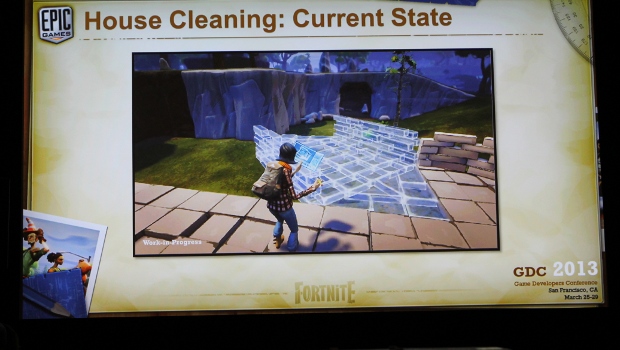 Learn how Microsoft’s PowerPoint played a big part in development

During a behind closed doors presentation about the development of Fortnite, Epic Games’ brand new Unreal Engine 4 developed co-op Action/Survival game, the main topic of discussion was the unique challenges that the devs at Epic faced when bringing the game to life.

Billy Bramer, a Gameplay Programmer on Fortnite, recalled times of frustration during playtest sessions, and how they banged their heads on the wall while trying to make the game fun. Surprisingly, they found help in the most unlikely of places. 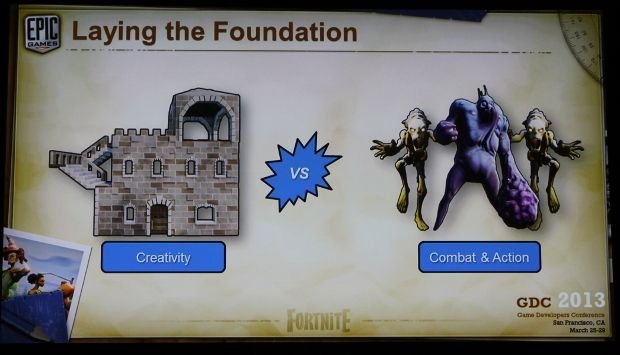 While not much has been shown of Fortnite, Bramer assured attendees that the game is coming along nicely, despite hitting a few walls in terms of core design. Billy Bramer illustrated many of his points with various prototype videos of Fortnite. Even at its earliest, Epic’s unique title features charm and managed to impress those in attendance with the crafting system.

Early on, the largest issue that Epic Games had while developing the core building and combat gameplay was creating a balance between the two. The issue always came down to coming up with ways that allowed players to switch between the gameplay systems on the fly. From problems with visual cues and control schemes in the crafting system, to their poor decision of dividing the hammer sets between combat and building types (playtesters grew frustrated as they naturally felt a building hammer would work against enemies) — Bramer stressed that all of Fortnite’s problems in development have yielded good results in the end.

As these two gameplay systems are unique and have their own intricacies, the challenge was creating a single system that brought both ease of use and familiarity. “Utilizing both mechanical and visual consistency softens the complex interactions,” Bramer emphasized, while showing off older iterations of Fortnite’s user interface. 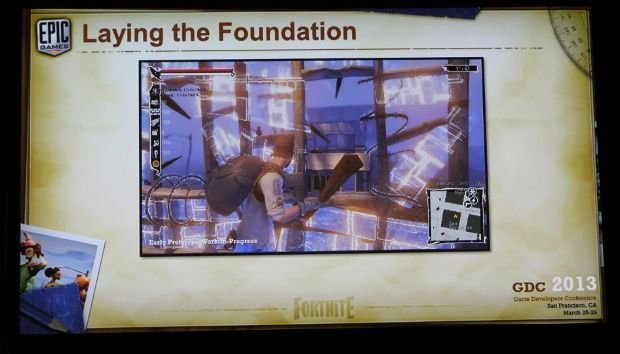 The most surprising detail of this session was how the devs at Epic used PowerPoint, yes that PowerPoint, to design and test many of their intended user interface concepts. The various interactive options in the PowerPoint program allowed them to create prototypes of their ideas within the slides, usually under an hour, and see if they were worth the effort of implementing in the game.

“If you ever want to prototype a UI, try using PowerPoint,” said Bramer, while showing off their prototypes for the UI made from PowerPoint.

As the presentation neared its end, Bramer closed with saying that its easy to over do it in an open ended game, which can end up losing the core focus of what you wish to achieve. Very wise words to go out on, indeed.

And yes, Epic Games was still tight lipped about a release date.