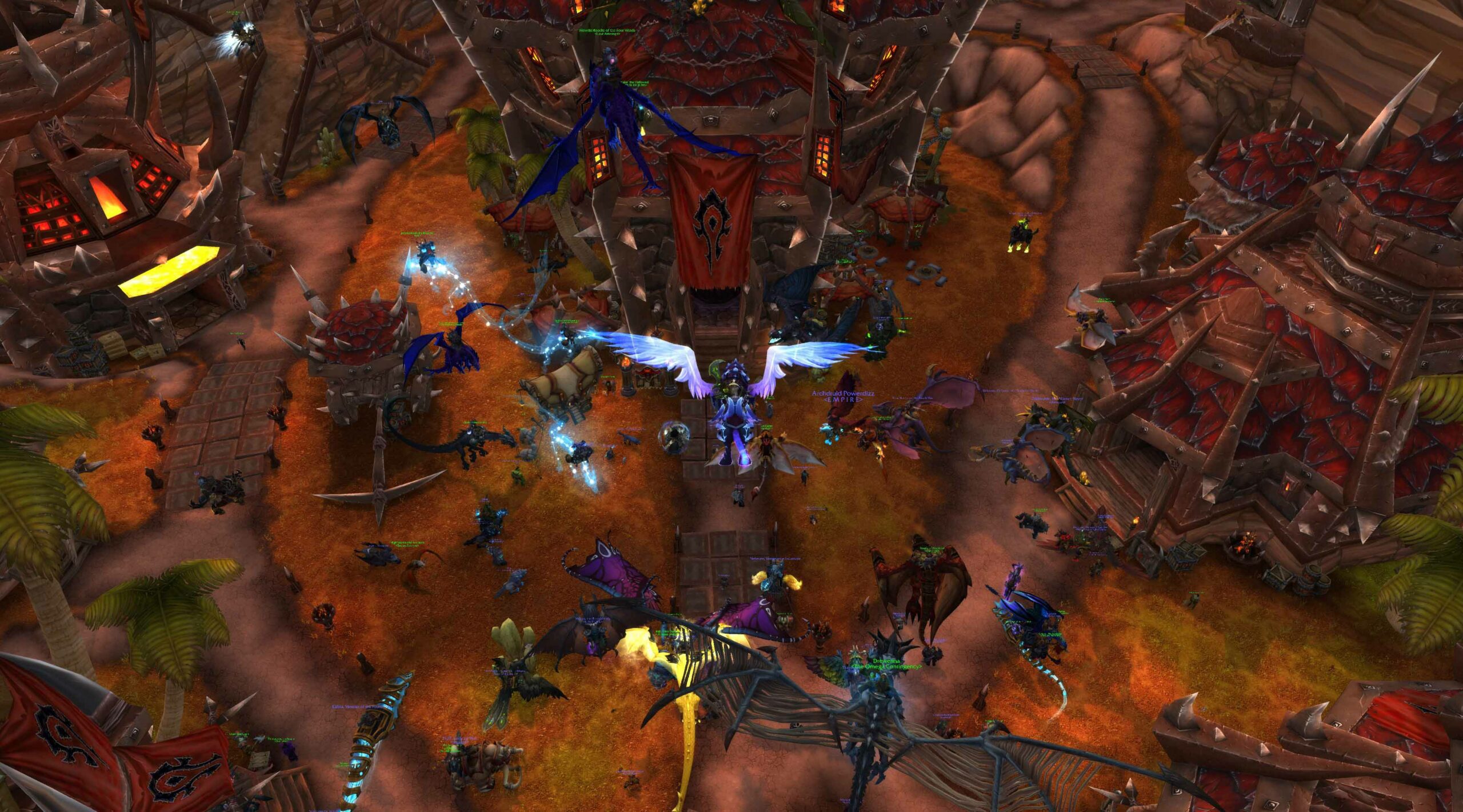 Four days ago, Blizzard told us how the World of Warcraft: Shadowlands expansion might go. For once, they were optimistic!

Having been a part of countless launches throughout my life (including the original Xbox Live, which was one of the most fun), it’s smart to expect the worst. For many an MMO launch it’s common for the game to be completely offline that entire day, followed by a bottleneck situation where everyone is trying to log in at the exact same time. Chaos ensues.

But not for Shadowlands. Blizzard instead decided to deploy this expansion launch server-side, which allowed players to log in beforehand and wait for the new questline. That’s exactly what I did. Pictured in the image above are the moments before launch, while I waited with my Blood Elf Demon Hunter in Orgrimmar. As soon as the clock struck 6PM ET (launch), war drums sounded, and the quest-giver for the expansion appeared. It was as simple as that.

I was ready to go and within one minute I was whisked away to Northrend, then the new starter zone The Maw. There are reports that some US and European servers weren’t so lucky, but for many players I talked to, the experience was flawless.

Given how catastrophic some launches have been these past few years, it’s a win for Blizzard, and I hope all future expansions go this smoothly. Now let’s see if they can keep it up.