While Microsoft’s small-developer XNA tools have been available for awhile, it was only recently that the software giant revealed plans to allow creators to get paid for their efforts. Called Xbox LIVE Community Games, this new allows XNA developers to offer up their titles in exchange for Microsoft Points, with portions of the real-world profits going directly into their pockets.

When Xbox LIVE Community Games launches this fall, Xbox 360 owners will have a slew of titles from relatively unknown developers to choose from. Microsoft recently offered us a chance to sneak into the beta version of the XNA community, giving us access to nearly 70 XNA developed titles, many of which will be available for purchasevia Xbox LIVE Marketplace.

There’s a pretty wide range of quality and playability in the currently available games. Some are good and others, well, let’s just say there are some good ideas that haven’t quite hatched yet. Other titles show a brilliant gameplay promise, or are notable for other reasons like interesting tech or potential to spark headlines.

We went through, downloaded, and played nearly every XNA title currently available for the Xbox 360 so you won’t have to. Hit the jump for our picks of the five XNA games (and developers) to watch for.

[Note: Wondering why we’ve listed each game’s size? According to Microsoft: “Community Games on Xbox LIVE will be restricted in size based on suggested retail price points: 50 MB for 200-point games; 150 MB for 400- or 800-points games.”

We just wanted to give you an idea of the potential MS Points cost when these games hopefully become available on Xbox LIVE.] 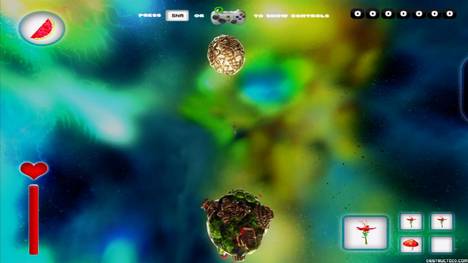 What is it?
Players control a little bucked-tooth rodent-like creature named Chow, mixing elements and hopping around in space to save planets from extinction.

Why did it catch our eye?
In a sea of XNA games that appear to be clones or slight varations on popular and established titles, Megachile Pluto stands out, with a unique aesthetic and interesting premise. Hopping from planet to planet, you mix elements (mushrooms, flowers, rocks … watermelon) to create life-giving sustinance that you then plan on dying planets. We were reminded Super Mario Galaxy on a smaller scale, with more puzzle solving and strategy elements.

The game looks great, and the concept works really well, but Playven needs to work out some control issues. Particularly, the planet jumping is hindered by some odd camera issues, and we were constantly fighting to figure out what direction we’d need to hop to get to the next area. Some minor tweaks could help make Megachile Pluto a must-play for gamers into quirky, outside-the-box titles. 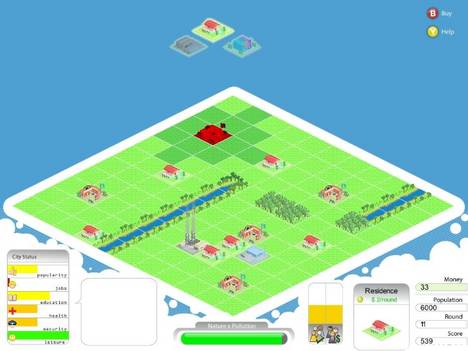 What is it?
Best described as “Sim City meets Tetris,” City Rain has buildings falling from the sky that you must quickly place on a grid. It’s urban planning on the fly, which requires quick reflexes and a fast mind to place buildings in places that will both help the community thrive and the ecology survive.

And it caught our eye because …
The idea of mixing the Sim City formula with Tetris is ridiculous enough that it actually works. It’s no wonder the game was an Imagine Cup 2008 top three finalist; City Rain is a clever, fun, and polished piece of software. Also, the game’s tutorial is delivered by a cute-sounding Brazilian girl. How could we resist?

We’re concerned that the fast-paced planning elements may turn off casual gamers who may otherwise enjoy puzzle titles or more laid back strategy/planning games. It’s possible those same elements may not be deep enough to satisfy hardcore sim players, though. Regardless, City Rain is a clever concept mash-up that shouldn’t be overlooked. 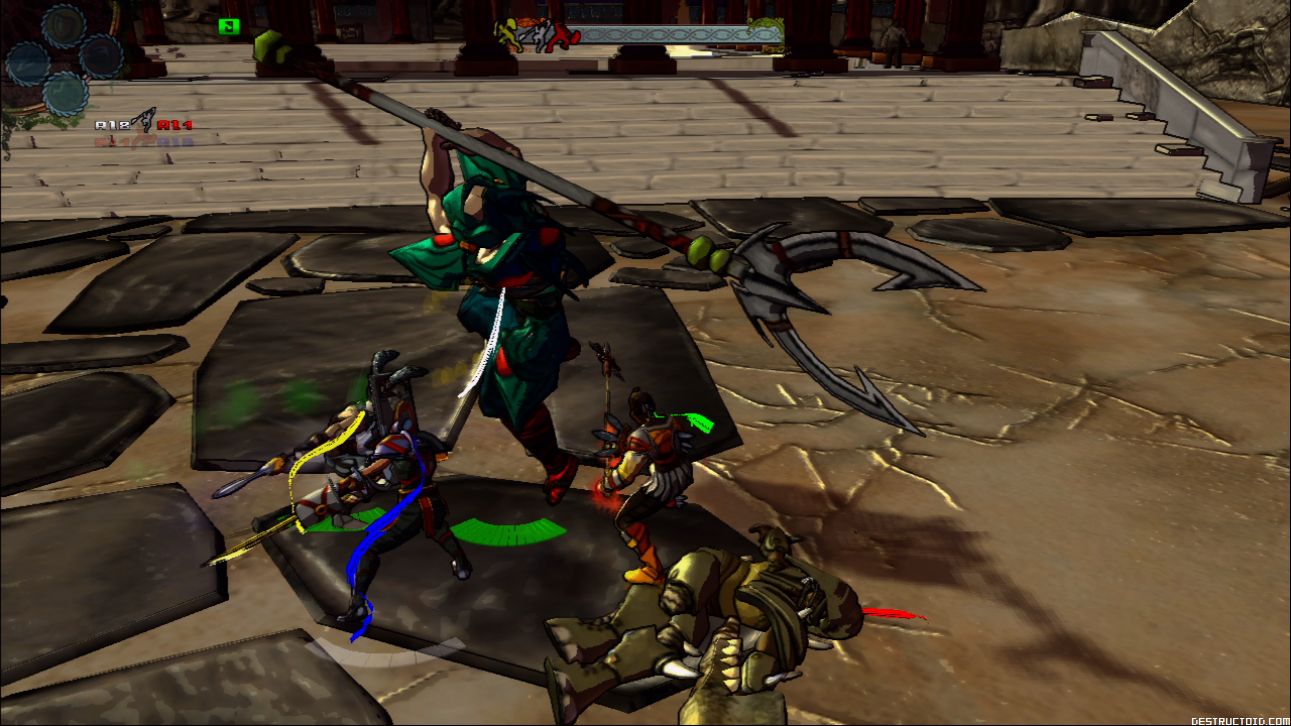 What is it?
A cel-shaded multi-player arena fighting game. Pretty straight forward, right?

And it caught our eye because …
Despite its simple premise, Colosseum plays surprisingly well, using the analog sticks for combat instead of the traditional face buttons. Shortfuse was able to make it work pretty well, with a melee combat system that’s deeper than Silicon Knights’ Too Human, which takes a similar combat approach.

The game features different armor sets, weapons, and characters, but the build currently available on XNA is pretty bare-bones. Beyond the tutorial, the single-player experience seemed to be nothing more than a quick play mode that tossed you into a single battle with computer controlled opponents. If Shortfuse can flesh out the experience a bit more (with possibly some online multiplayer modes), Colosseum could be something pretty special. 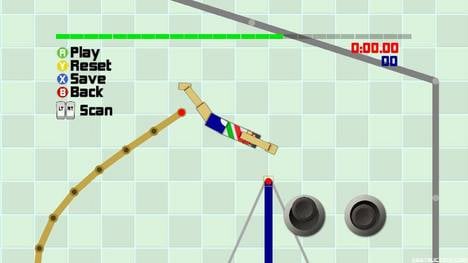 What is it?
Physic-based gymnastics game in which the player controls the on-screen characters legs and arms with the left and right analog sticks respectively. By manipulating body parts and utilizing momentum, you’ll perform various flips and tricks.

And it caught our eye because …
Gymnast is not the best looking game you’ll ever see; characters look liked cardboard cutouts and the “equipment” designs could have been created by a ten-year-old. Whether that was intentional or not is irrelevant, because playing Gymnast is fun, plain and simple. Messing with your characters body using the analog sticks feels great, and the bizarre situations and positions you can get the character into results in hilarity that could keep you amused for at least a few hours.

The game already has a surprising number of options, including different selectable characters, a level editor, and more. We do wish that the game had a more focused and fleshed out “career mode”; as it stands now, you’re simply moving from one obstacle course to the next. Still, even with a lack of focus, we lost a good hour to Gymnast without even noticing. 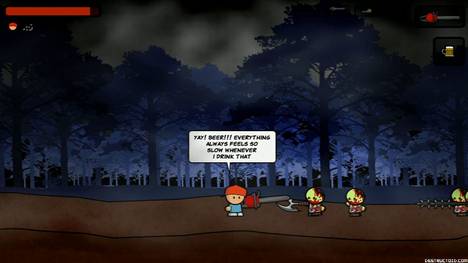 What is it?
Based on the popular web comic of the same name, Little Gamers is a violent side-scrolling action game that has you slaughtering hordes of everything from zombies to police.

And it caught our eye because …
Honestly, Little Gamers doesn’t do anything particular great. The idea of being able to pick up tons of weapons — from chainsaws to baseball bats — and then using them to kill things may appeal to some, however.

Unfortunately, the gameplay is incredibly rudimentary, with stiff controls and an inventory selection mechanic that’s nearly impossible to use (and you can acquire quite a bit of inventory). Couple that with the fact that Little Gamer‘s humor seems to be stuck in a time machine, with its slighly-annoying “l33t sp34k” and tired Internet cliches, we were a bit turned off by the whole thing.

So why is it on this list? Because if the mainstream media gets wind of this, it’s going to make for some obnoxious headlines. It’s a game where you play as “little gamers” that shoot, bludgeon, and hack living things to pieces, guys. Did we mention that one of the power-ups includes beer? Yup.

Did we miss anything? Feel we left someone out? Let us know: [email protected].