Wargame: European Escalation was released for PC yesterday. After failing at a certain mission and losing momentum, leading to a 1.5-hour mission, I realized there are a couple of ways to play this game if you’ve played many a strategy game before. A couple of ways that won’t work.

It’s interesting, because we sometimes forget how much playing certain genres can imprint a mindset you carry with you whenever you start playing a new game in that genre. Here are five ways to play Wargame from the perspective of some of the real-time strategy genre’s classic titles, and five ways to utterly suck. 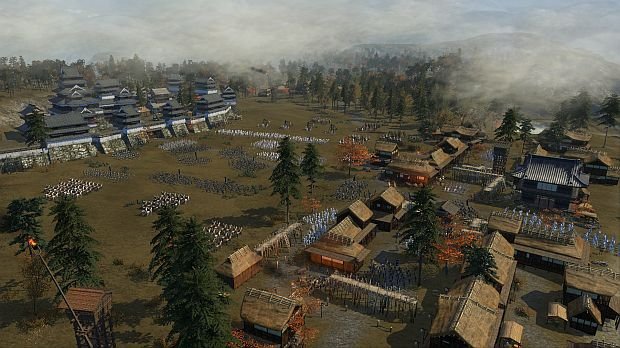 Since you are in control of a large battlefield with a ton of different types of units, surely there is a kind of rock-paper-scissors system in place to make it easier? So it makes sense to lure the enemy into an engagement with your slow and heavy units, and to swipe in with your fast (armored) cavalry or use ranged weapons to whittle down the enemy.

Anti-air destroys air units and tanks still beat armored personnel carriers, but that’s about where it ends. A couple of well-placed infantry with LAWs can wipe out a tank squad without many casualties, while another tank squad may lose a few of their own in a tank vs. tank battle. There is a form of this-beats-that system, but it’s all weapon-based. The thing is, the hundreds of units at your disposal all have different weapons and configurations. So you can’t just rely on tanks, infantry, and artillery/air to form a trifecta of shock and awe. You have to consider each unit’s strengths and weaknesses, and combine your units in a way that would make Patton proud. 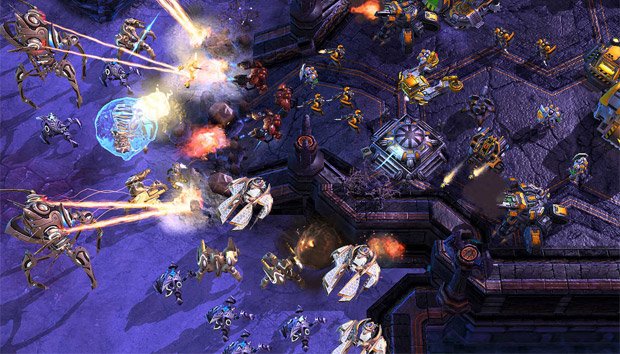 Another classic RTS where you can normally trust on a general perception of your units’ attack and defense statistics is StarCraft. Moreover, just like in Blizzard’s strategy tour de force it’s important to keep in control of parts of the map in Wargame in order to support your economy. Unlike in StarCraft, you can’t just build turrets or other static defenses to keep a sector or “expansion” secure. Even if you surround a town with tanks, that won’t stop someone from dropping in some special forces to pinch holes in your defensive perimeter, or sending in some attack helicopter. Sure, you can defend one location with AA, armor, infantry, and artillery. But doing so severely hampers your attack power elsewhere, and you simply can’t afford it most of the time. 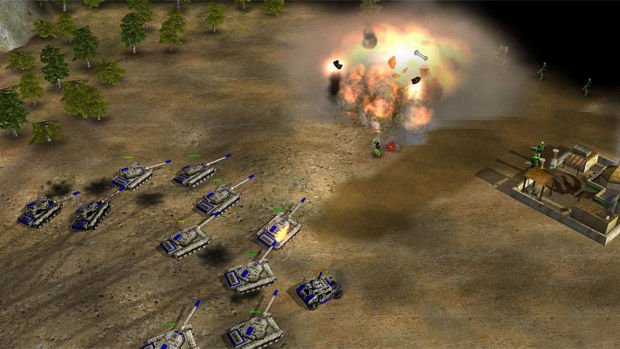 Tank rush for great justice!! What is that? A few squads of elite infantry in a building, who destroy your entire armored spearhead within one minute as you move into a town? It’s back to the drawing board.

You have to forget all about the machinegun & anti-armor round/missile concept here. Every armored vehicle worth a damn has some sort of machinegun, but the maps in Wargame are full of cover and forests that units can hide in for added protection. A machinegun versus infantry in cover, with some anti-armor ammo at the ready, will mean the infantry will most likely win. In fact, it almost plays a bit like… 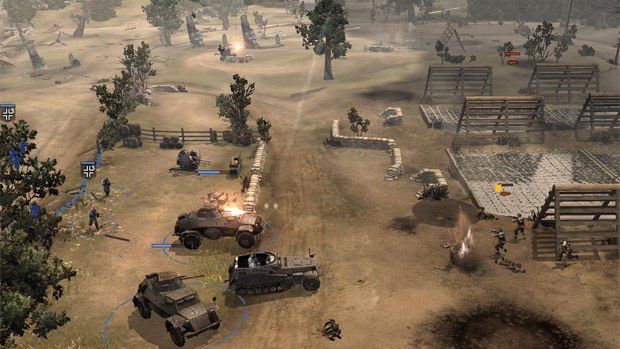 Company of Heroes/Dawn of War II

Hedges in the farmland and large forested areas can provide stealth and cover, up to a degree. Recon units can spot enemies within a certain range, and they are invaluable. Basically, if you have five tanks that are camping beneath the trees with a clear view of an open plain, five enemy tanks will drive straight into the metal shredder made manifest by your tactical mind.

It leads to a bit of a hop-skip-jump style of gameplay, as you make sure an area is clear before moving to the next bit of cover. Rushing in à la C&C without making sure your flanks and rear are protected is a surefire way to lose your forward assault potential, and a great way to set yourself back a while until you’ve gained enough resources to call in replacements. 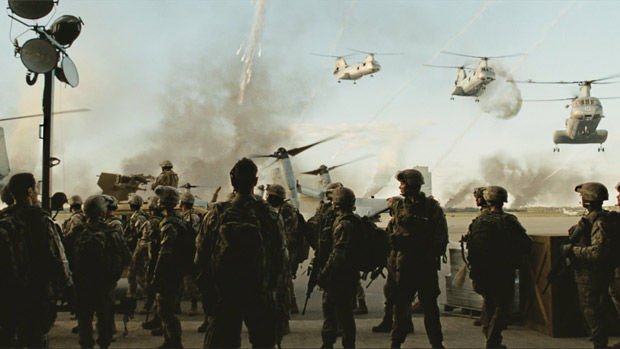 I’ve seen Hollywood movies and the military is awesome! I am Oscar Mike, baby! FOB!

Yeah … no. All that movie nonsense goes straight out the window here. Tanks are still awesome, because they are tanks. But they are hardly the backup that saves the day in Wargame. Only once you’ve calculated for the terrain with all its advantages and disadvantages, scouted ahead by land or air, and utilized your various units’ different weapon systems in the right way as you start your offense, that’s when you can have a tank brigade swoop in to strike the enemy with great vengeance and furious anger.

Even then, it is a cold affair.

There’s no room for heroism here. All that matters is the perpetual momentum of your war machine. And woe to he or she who stands in your path. Losing an expensive veteran unit hurts, but it only hurts because you just lost its weapon potential. Nobody cares who was piloting that tank or if those S.A.S. commandos have families of their own. All that matters is their role in your grand design, and if some of those humans have to die to secure that objective, they are damned well going to die to do their job.

Look for our review of Wargame: European Escalation sometime next week!