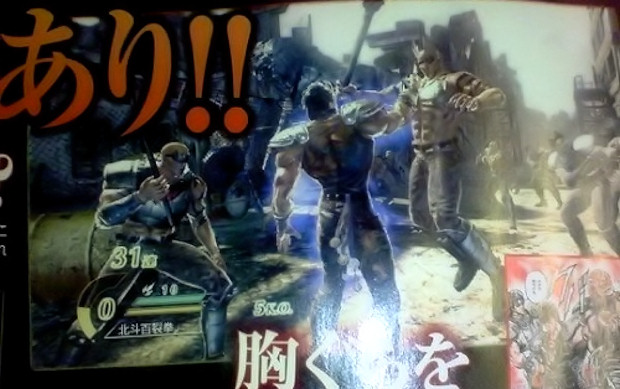 First teased at TGS, a Fist of the North Star game has now been officially unveiled and given scant details by Tecmo Koei. The game, based upon the post-apocalyptic Manga, is heading to PS3 and Xbox 360 next year. Judging by its name, however, it seems the game won’t ship in a form that you expect.

In Japan, it’s be known as Hokuto Musou. Fans of the Dynasty Warriors series will know that “Musou” means “Warriors” and titles in the series are known as Shin Sanguo Musou in Japan. So yes, it appears that this new game is North Star Warriors, with the expected fighting game being replaced instead by a one-versus-all brawler.

I personally think that sounds friggin’ awesome, but would you be interested in the Warriors series taking on Manga properties such as Fist of the North Star? Give me an Ichi the Killer Warriors and I’ll be all over that sh*t!