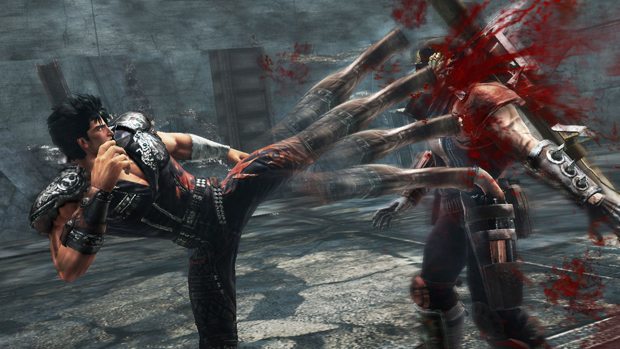 Fist of the North Star: Ken’s Rage wasn’t exactly what I would call, well, good, but if you’re familiar with the source material it has a sort of undeniable charm that keeps you playing long after you’ve lost all feeling in your thumbs. While we’ve known about the existence of a sequel for a couple months now, but we’ve discovered some screens of Tecmo Koei’s forthcoming brawler for you to look at with your eyeballs, that is if your head hasn’t already exploded.

Titled Shin Fist of the North Star Musou in Japan, the game received a full reveal in this past week’s Famitsu magazine which announced a December release for the PlayStation 3 and Xbox 360. Tecmo Koei promises a deeper original story, new characters, improved combat and downloadable content in the way of character costumes and new gameplay scenarios. I’m personally hoping that some of the first title’s more frustrating issues are addressed so Kenshiro is the one raging, rather than myself.