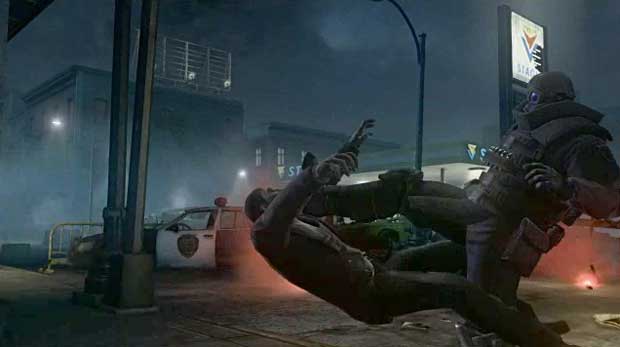 Capcom has released a teaser trailer for the upcoming Resident Evil: Operation Raccoon City today. It’s our first look at the game’s action, which will feature both single-player and four-player cooperative modes.

The title’s being developed by the Vancouver-based Slant Six Games, who have previous experience working with Sony on its SOCOM series. It’s nice to see some old-school Resident Evil zombie action in these short clips, with the emphasis being “action.” It certainly seems like the pace of the combat is being taken up a notch versus previous games in the Resident Evil series; nothing says “fun” like drop kicking a zombie to the ground.

More details on Operation Raccoon City are sure to come out over the next few weeks — the game is on the cover of various major videogame magazines, and I’ll be headed to Capcom’s Captivate next week where I’m certain I’ll learn more. Stay tuned.