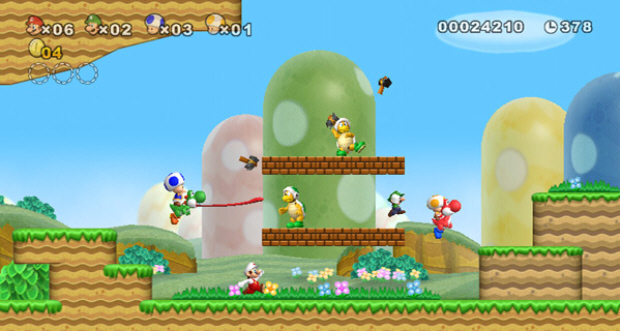 Who makes the best games for Nintendo consoles? We both know the answer to that. If you want something done right, you do it yourself, right?

A whopping 27.5 million first-party games were sold for the Wii in 2009, totalling $1.53 billion in sales. That’s 47 percent of all Wii sales for the year. Some of that may lead be related to a price difference: The average third-party game on sold for $37.85; the average first-party game sold for $55.63. Price it what it’s worth? We won’t get into that.

On the data, analyst Michael Pachter said: “The conclusion I draw from this is that the Wii audience is far more casual and harder to reach than the PS3 or 360 audiences, and they buy brand name software (with ‘Wii’ or ‘Mario’ in the title, or with a TV/product tie-in).”

Looking at my collection, it is varied, and I own more third-party games than first. Of course, I’m far from your typical Wii owner. If you’re reading this, you are also in the same boat.