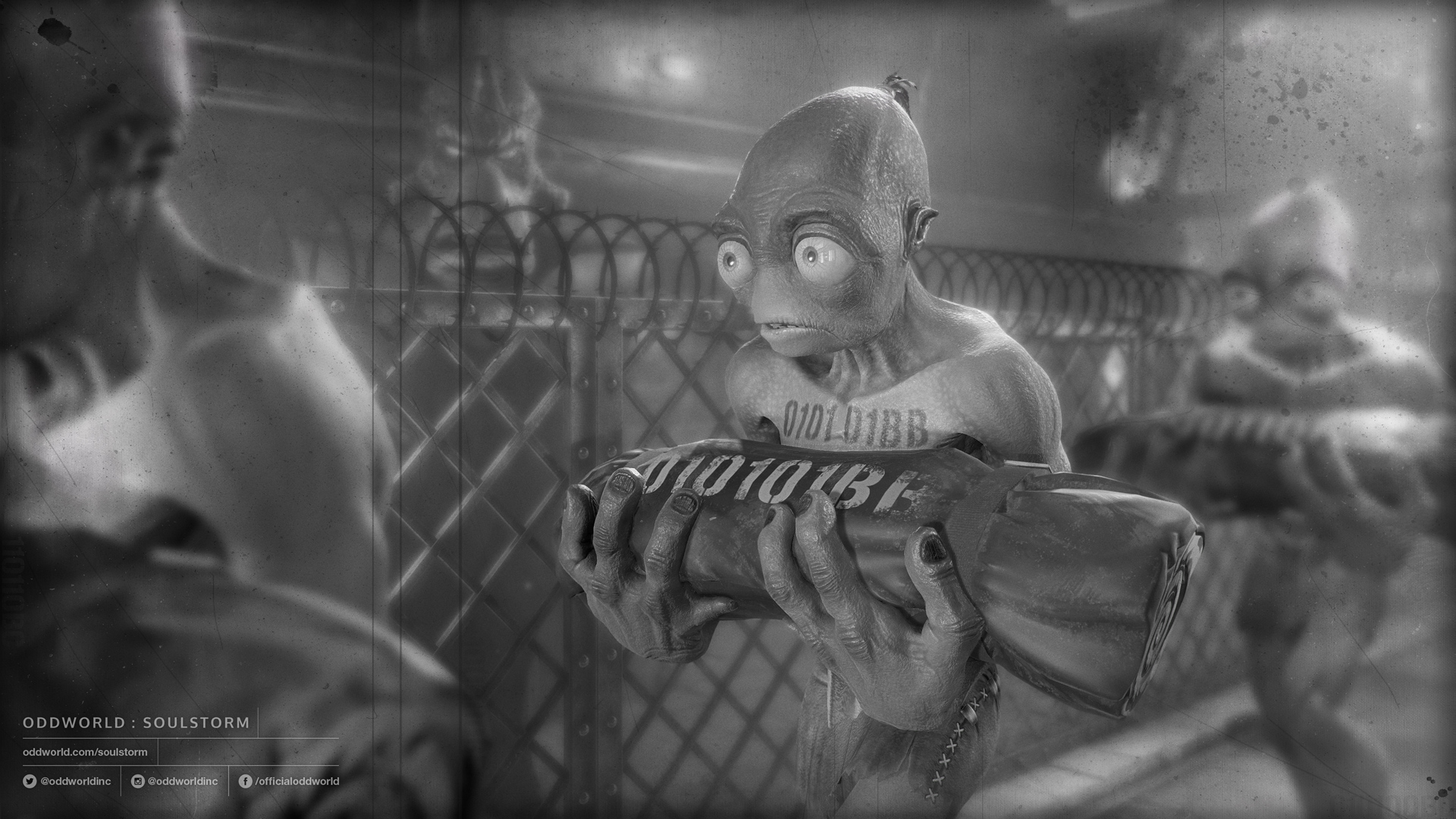 Enterprising Oddworld fans have helped unearth an image for Oddworld: Soulstorm, this year’s follow-up to Oddworld: New ‘n’ Tasty, as part of an alternate-reality game. You can see the high-res version below, but a word of warning: don’t fixate on the cracked fingernails like I did. Ahh, too late.

Admittedly, I wasn’t aware an ARG was even happening, but with so many developers creating these community-bonding brainteasers for their games, it’s easy to lose track of who’s doing what and when. In this case, though, it’s fairly easy to catch up after the fact — there’s an official recap and everything. The community still has several more images to unlock, so the puzzle-solving is far from over.

As for Soulstorm, Oddworld Inhabitants describes it as “a complete story retake inspired by our original tale.” I know some of you are way into Oddworld — especially when it comes to Exoddus — and with that in mind, it’s just terrific to see Lorne Lanning and co. continue to do their thing.