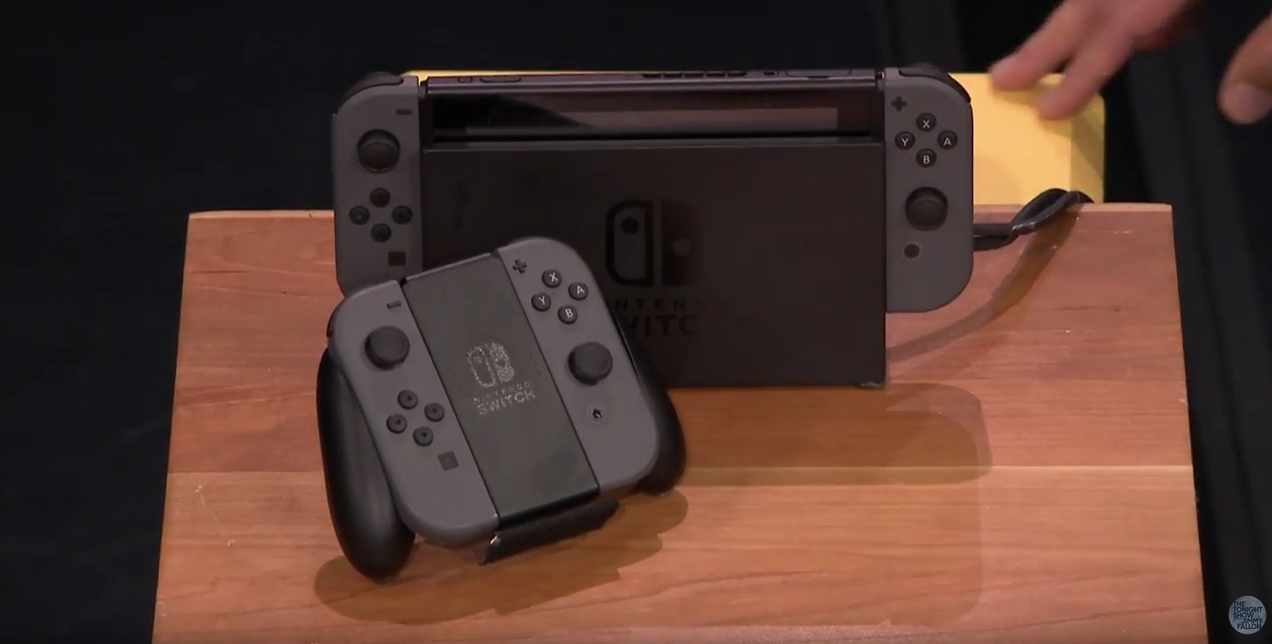 Nintendo revealed its new home (and portable!) video game console, the Switch, two months back with a commercial. Nintendo of America president Reggie Fils-Aime brought the new console with him for an appearance on The Tonight Show, for our first real, live look at the new system in action.

Fils-Aime opens the presentation playing a projected version of The Legend of Zelda: Breath of the Wild, doing as little as possible besides moving Link around. He then stows the Pro controller he was using and pulls the Switch from its dock (which has two cables coming out of it in this set-up).

From there, host Jimmy Fallon, famous for making it in comedy after losing his funny bone in a tragic childhood accident, takes over, playing on the Switch’s screen as if it were a Wii U. A much thinner Wii U. He pops out the kickstand at one point, but doesn’t slide the two controller units off of the sides of the console base.

Zelda seemed to run well on the new console. I didn’t have any complaints when Jordan and I played it on Wii U six months ago, but some gamers have been worried about the frame rate in Wii U footage of the game. It also looks like there is a USB-C port on the console for charging, as leaked yesterday.

Nintendo will likely go quiet on the Switch until its January 12 event, where we should learn the most important details, like how much the thing actually costs.