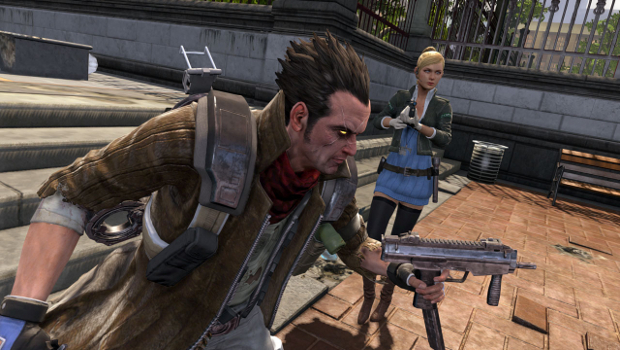 In what seems to be a trend among publishers these days, it’s only been a week since NeverDead has been out and Konami has already announced plans to release the first DLC for the game on February 21st. A new character named Nikki Summerfield will be available to play as in NeverDead‘s online cooperative challenges and two new costumes for Bryce Boltzmann will be added.

The Asylum level will be expanded with three new challenges. First of which is “Egg Hunt,” where you’ll be searching the environment for hidden collectables that need to be taken back to designated score zones. “Fragile Alliance” will be a mode where players race through a series of checkpoints. Last up is Onslaught mode, which has the player unlocking the Asylum section-by-section by defeating all the enemies in each area. Konami didn’t send word of a price point, but for what you’re getting I’m sure they won’t be asking too much.