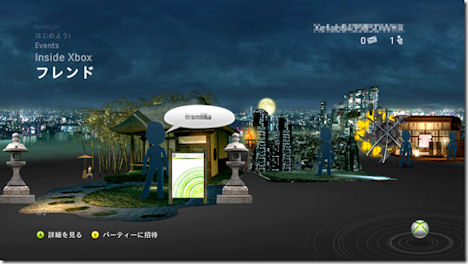 This morning we posted a story in which Microsoft confirmed that avatar clothing would be released continuously for the next six months. MS’ Jerry Johnson stated they would be coming out in “theme packs.” While that could mean either themed packs of clothing, or clothing bundled with a theme, it seems that an example of the latter is now available.

If you download the Ninja Blade NXE theme, you will also receive ninja parts for your glorified Mii. The pack, which costs 250 Microsoft points, will give you four wallpapers and five ninja parts. Considering the popularity of ninja, it was probably smart to have From Software test the waters.

Originally, dashboard themes were 150 points, but they look awful with the NXE. I’m pretty disgusted that MS is offering a “fix” for this at 250 more points, but I guess I shouldn’t be surprised.

I just don’t see how customers getting screwed over is a “New” Xbox Experience. Microsoft’s been doing that long before now.