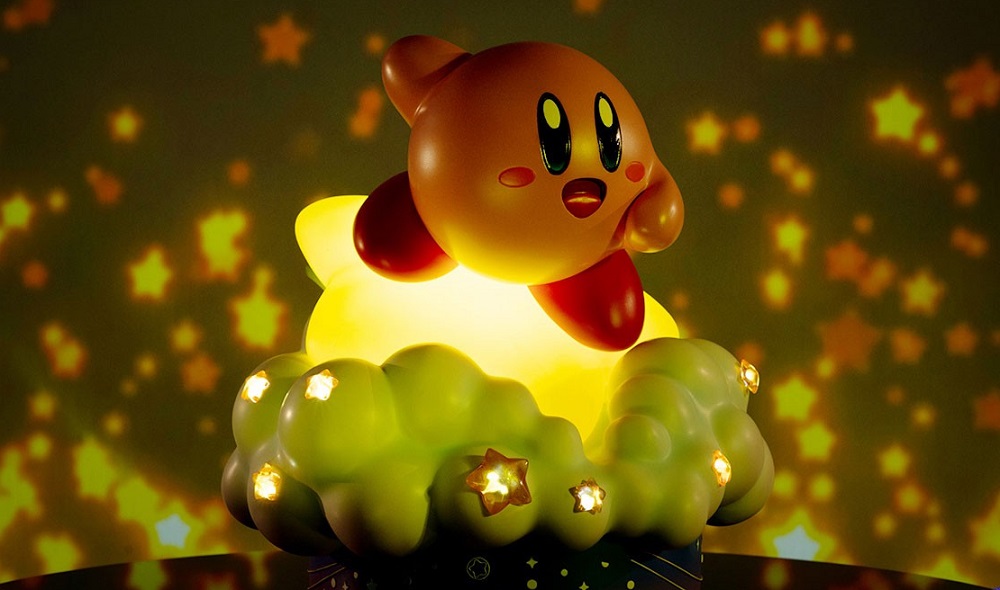 But he ain’t flying cheap

First 4 Figures, who have been really pumping out the large-scale statues recently, have showcased their next release in a new video; it’s Nintendo’s adorable endless eater Kirby!

The new statue, which stands 12 inches in height and 12 inches in width, features the classic platforming hero perched atop one of his trusty Warp Stars, no doubt whizzing his way toward another banquet of all and sundry.

As is often the case with First 4 Figures products, Kirby is available in two formats, Standard and Exclusive. The Exclusive Edition features LED tech to light up the warp star, as well as the smaller stars dotted around the cloud base. Both editions of the statue are available to pre-order now at the official website, at a cost of $350, not including shipping or import charges. The Exclusive Edition is only available until September 4.

Warp Star Kirby completes a trilogy of First 4 Figures statues based on the franchise, having previously released a standard Kirby statue and also one of our boy’s frenemy; Meta Knight. For more details, check out the video below or the official F4F website.