The spikes are detachable!

Have any room left on your shelf for Zelda merch? There’s yet another sweet statue to consider.

This is a 25″ tall, “life-size” replica of the iconic Majora’s Mask, open now for pre-orders from First 4 Figures with an expected Q3 2017 release. What’s the damage? The regular model is $355, while the bright-eyed, LED’d version is $385. The latter looks genuinely freaky while shrouded in darkness. 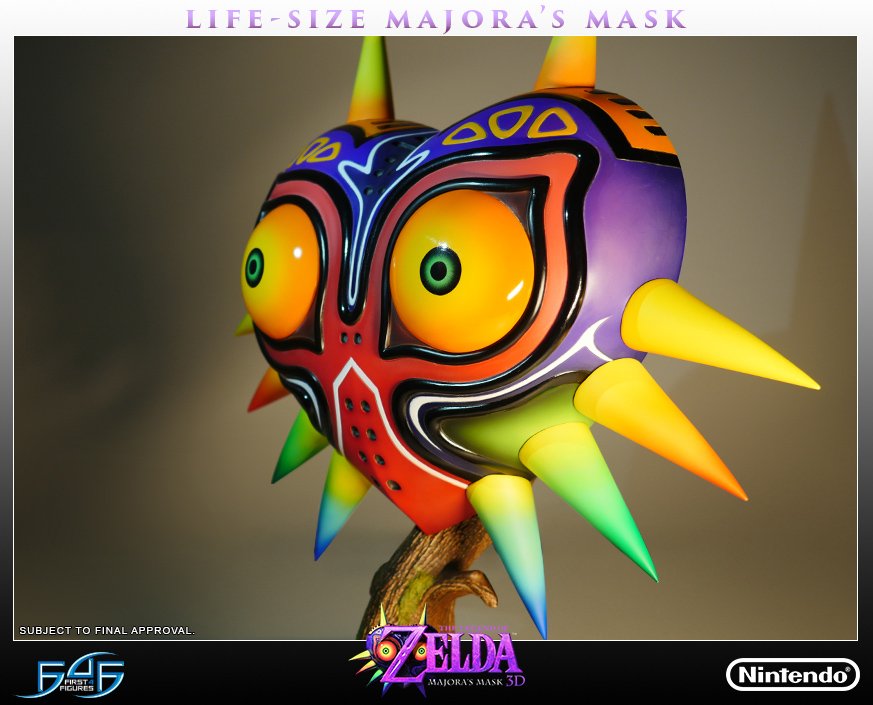 It isn’t listed as an official feature, but I’m pretty sure this can ward off burglars and ne’er-do-wells, too. First 4 Figures says it also has plans for other life-size replicas. I wonder what’s next!

Filed under... #Nintendo 64#The Legend of Zelda#toys