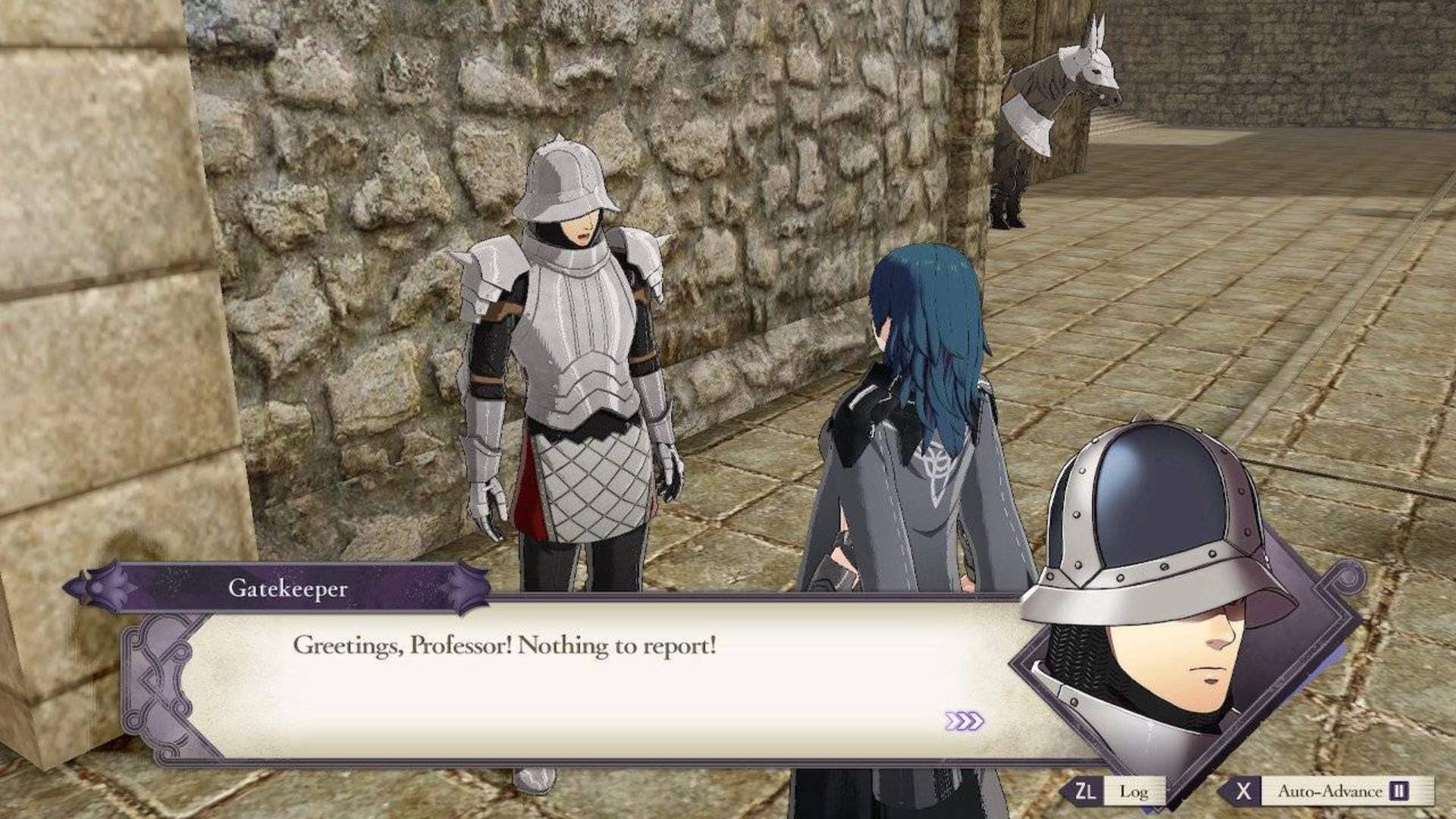 Fire Emblem Heroes is getting a new batch of heroes this week, chosen by popular vote. And one of them isn’t the classic hero you’d expect, but a nameless NPC that became a fan-favorite: the Gatekeeper from Fire Emblem: Three Houses.

Earlier this year, Nintendo announced the winners of the fan poll for the Choose Your Legends event, which would add special versions of characters based on popular vote. On the women’s side, Three Houses‘ Marianne came in first, followed by Eirika from The Sacred Stones. And in the men’s division, the very well-known Marth came in second to the Gatekeeper, who swept the polls with a whopping 72,267 votes.

The Gatekeeper, voiced by Kyle McCarley and with art by Yamada Akihiro, arrives with abilities like the Charging Horn, Detailed Report, and Harsh Command+. More importantly, his attack looks like he opens the gates of Garreg Mach Monastery to let loose an army of Fire Emblem: Three Houses favorites. I think I saw Byleth, Sylvain, and Mercedes among the charging forces in the video.

Starting Aug. 17, 12 AM PT, special versions of the Heroes chosen in the Choose Your Legends: Round 5 event will appear in the New Heroes: Keepers of Faith summoning event! Also, the next Grand Hero Battle with Pelleas: Ashnard's Orphan will start Aug. 18, 12 AM PT. #FEHeroes pic.twitter.com/cDGHTyLMzU

These four characters all get their own variants, or in the Gatekeeper’s case their unit debut, as well as parts in a new story chapter, Howling Descent. The summoning event will go live on Aug. 17 at 12 a.m. PT, under the New Heroes: Keepers of Faith.

It’s been only two years since Fire Emblem: Three Houses hit the Nintendo Switch, but it still stands out as a major entry for both the console and the series, at least in my book. It wasn’t just a highly produced, sprawling story with branching stories and a time-skip setup that felt reminiscent of Genealogy of the Holy War (still waiting on that localization), but its characters were so memorable.

The Gatekeeper was certainly a bit of a fan-favorite, with his cheery “nothing to report,” but seeing Marianne in the lineup here too has reminded me of all the excellent characters in this game. I’m glad the Gatekeeper is at least getting his due, and a spot in the massive “everybody’s here” of Fire Emblem Heroes.