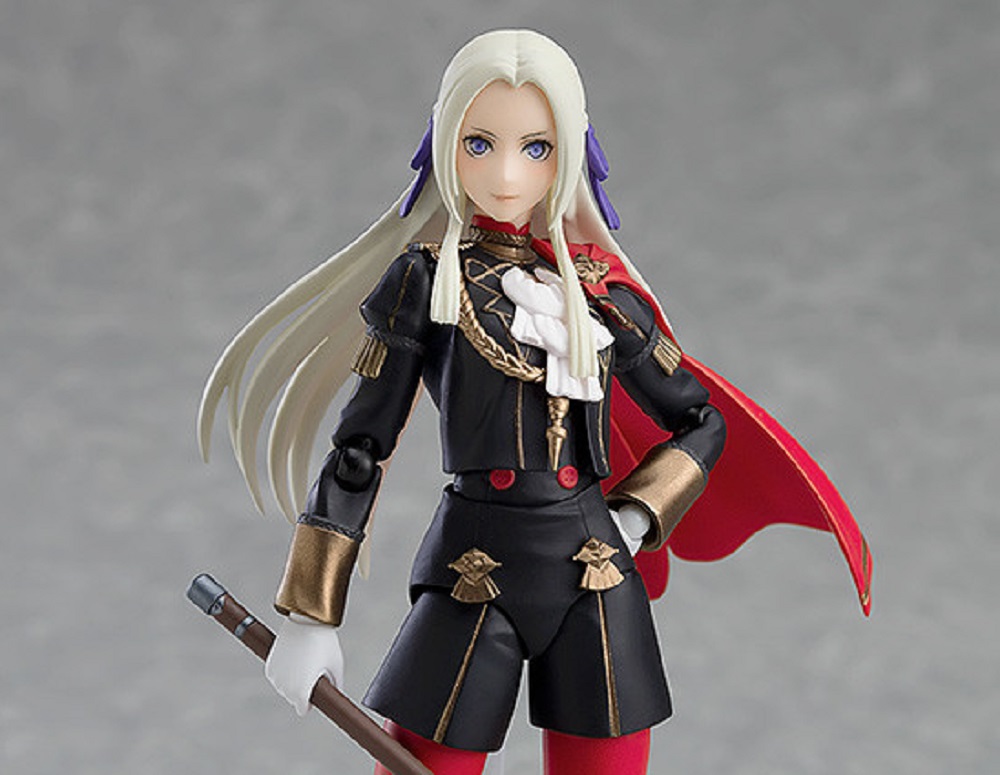 For the honour of The Black Eagles

Fans of Fire Emblem: Three Houses will be pleased to hear that merch-maker Good Smile Co. has revealed the first in what is likely a run of Figmas featuring the characters of Nintendo’s schoolyard rumble. First up is the leader of The Black Eagles herself, the steadfast Edelgard von Hresvelg.

The axe-wielding Princess of the Adrestian Empire will be immortalised in the classic Figma format, standing a little under six inches in height and equipped with the brand’s trademark articulation, which allows for wide variety of proud and dramatic poses. Dressed to the nines in her beautiful and regal uniform, Edelgard will include two choices of faceplate, along with her Killer Axe and Aymr weapons.

Edelgard von Hresvelg’s Figma can be pre-ordered over at the Good Smile Co. website for ¥8,000 (or roughly $70 USD) not including shipping or any potential customs charges. Edelgard is expected to ship in July 2020.

So, if you’re one of those people have trouble with procrastination, studying, or you have a tendency to dither over matters that need taking care of, you can now sit Edelgard high on your mantlepiece, where her stern but sensible face will ensure that you keep your shit together, whatever life throws at you.