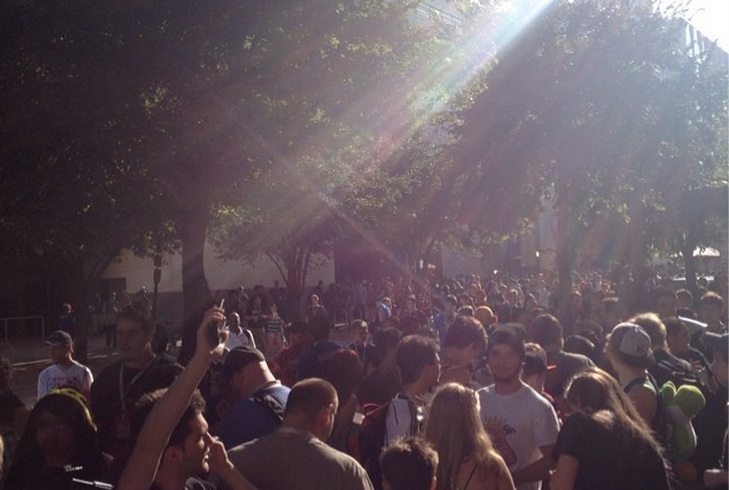 The streets surrounding the Austin Convention Center flooded with people this evening, as Rooster Teeth Expo attendees reported the pulling of a fire alarm, leading to an emergency evacuation of the show.

The event organizers apologized for cancelling tonight’s remaining events, saying they hope to reschedule any tabled activities for tomorrow evening.

RTX is an annual gaming convention run by Rooster Teeth Productions, makers of popular web series Red vs. Blue, and based out of Austin, Texas. The convention has its roots in a 2011 community gathering, oft described as a bunch of fans hanging out in a field, but has expanded considerably since those humble beginnings thanks to support from major publishers, independent developers, various panels, and other exhibitors.