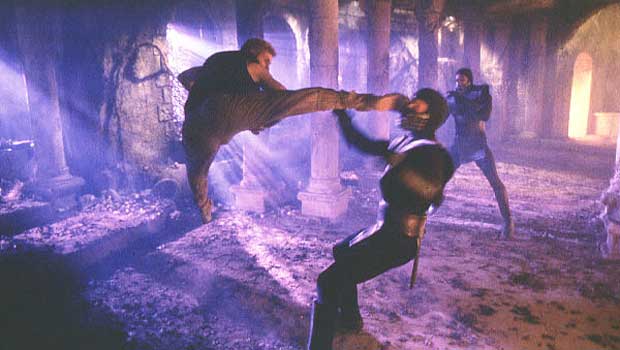 Just the other day I was thinking “Hey, someone should make another Mortal Kombat movie.” Good news — someone is!

Bloody Disgusting is reporting that Warner Bros. Pictures is looking to reboot the series with Oren Uziel penning the script. Uziel is best known (and only known, really) for his penning an award-winning short murder mystery, Shimmer Lake.

No other details on the film are being reported, but it should be noted that a third Mortal Kombat film has been in development hell for years. It sounds like Warner Bros. is hoping to capitalize on the upcoming (yet officially unannounced) Mortal Kombat 8.

It’s going to be tough to top 1997’s Mortal Kombat: Annihilation, which featured the most amazing (and only) Baraka costume committed to film.