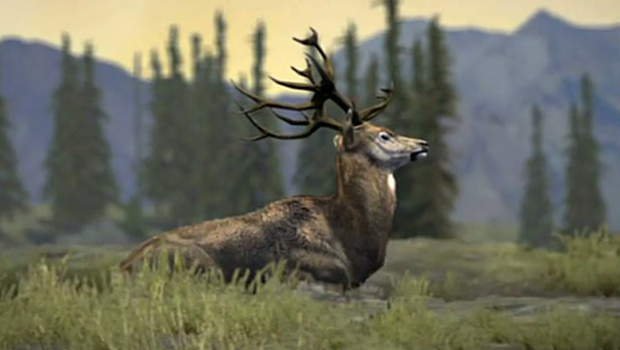 The Cabela’s series has been going strong for many years now, creating such well-known titles as Cabela’s Alaskan Adventure and Cabela’s Outdoor Trivia Challenge. With the latest installment of its man vs. nature shooter, Cabela’s Big Game Hunter 2012, Activision is giving hunters a chance to win $50,000 for playing their game from September 27 to October 25.

After registering the game with the code conveniently placed within each box, the player will have the opportunity to encounter the mystical “Golden Buck” throughout story mode. Once they find this strange creature of Activision myth and lore, they will then need to take a picture in front of their TV with said “Golden Buck” in all of its majestic glory. Players will then fill out an entry form and upload their picture, along with registration code to the Activision Hunts Facebook page.

This series seems to be getting better, at least in terms of visuals and gameplay, and this contest is an interesting little incentive for seasonal hunters. That being said, when was the last time you had to take a picture of yourself in front of your TV?