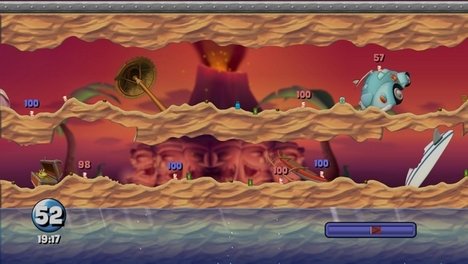 We already knew that Worms made it through certification earlier this week, but now we know that it will be next week’s Live Arcade game. If you haven’t lost interest in Worms because you thought it was going to come out weeks ago, then scrounge up 800 Microsoft Points for next Wednesday.

Chances are you’ve played a Worms game before, but if you haven’t, you can expect a turn-based game that involves worms killing each other with a variety of strange weapons.

Check out the game details after the break. 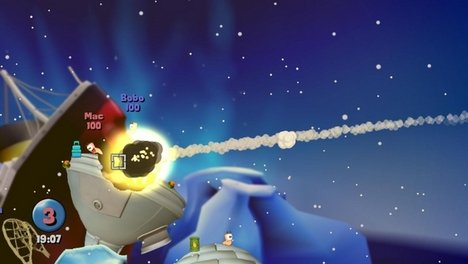 ·         A mix of strategy and arcade action that, although simple to understand, contains real depth and massive replayability

o    Landscape on which to do battle

o    Turn and round times

·         Three detailed tutorials to introduce the mechanics to first-time players

·         Twenty-two weapons and utilities to deploy against your enemies

·         Many customizable elements, including what worms and teams are named, what worms say, and which gravestone they have when they die

·         High-definition visuals and many graphical improvements throughout the game

Filed under... #Does it suck?#Xbox Live