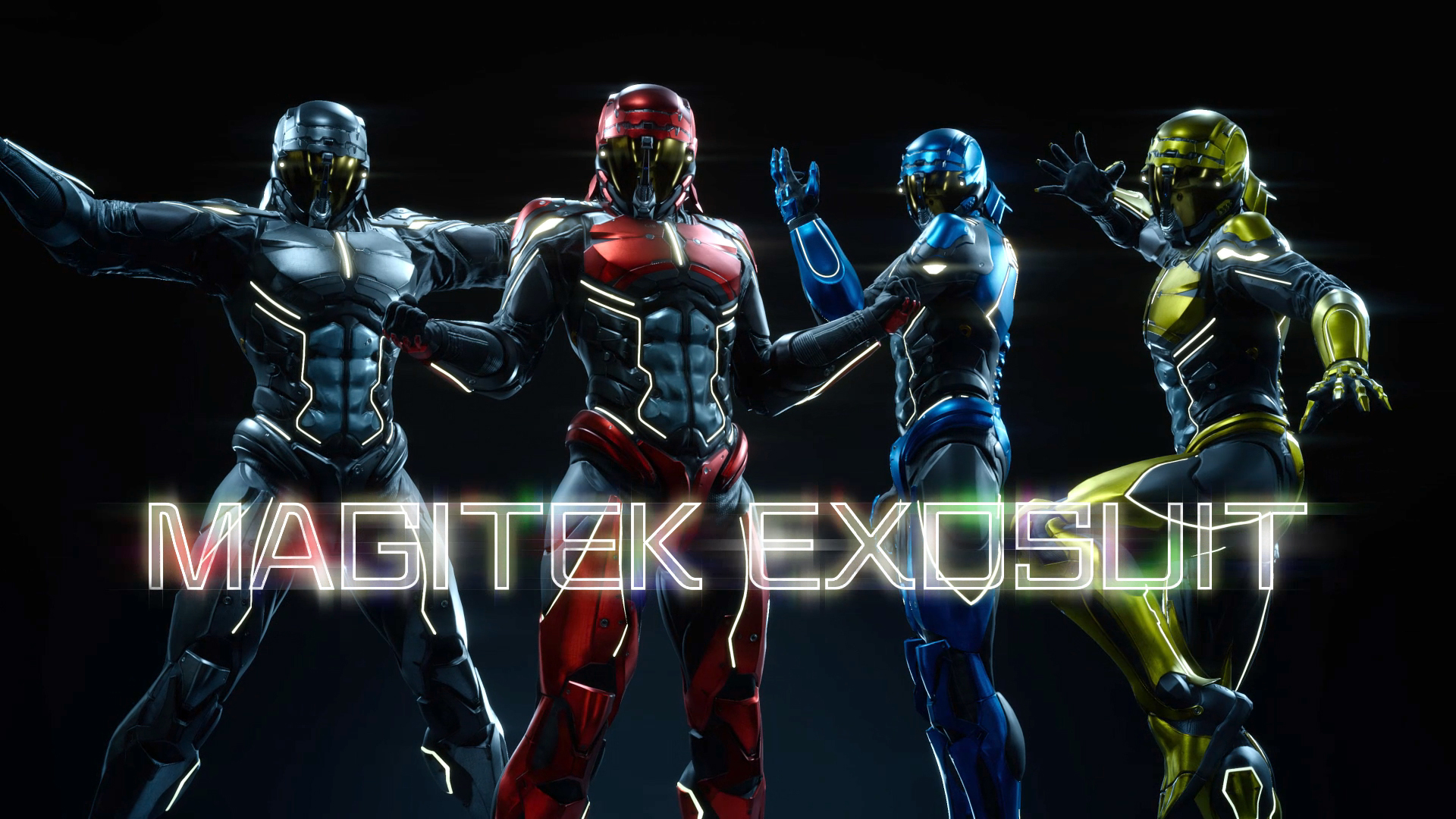 With a new Power Rangers movie on the horizon and an awful game in the rear-view mirror, now is as good a time as any to jump on the bandwagon. Revealed at the Final Fantasy 30th Anniversary event in Tokyo, the Booster Pack DLC will release on February 21, 2017 worldwide and include the “Magitek Exosuit” which will improve your fishing ability (don’t ask me) and grant invincibility for 30 minutes.

The suits can only be used once per 24 hours, but whether these time restraints refer to real-time or in-game time is unclear. Remaining details of the pack, including whether this and other additions will be in the free version or not, is yet to be announced.

Episode: Gladiolus will release on March 28, and Episode: Prompto is coming sometime in June, 2017. There are no new details of Prompto’s story, but a few new screenshots of Gladiolus’s were shown at the event. The yellow exosuit reminds me of Cyrax from Mortal Kombat Annihilation, which gets more hate than it deserves.