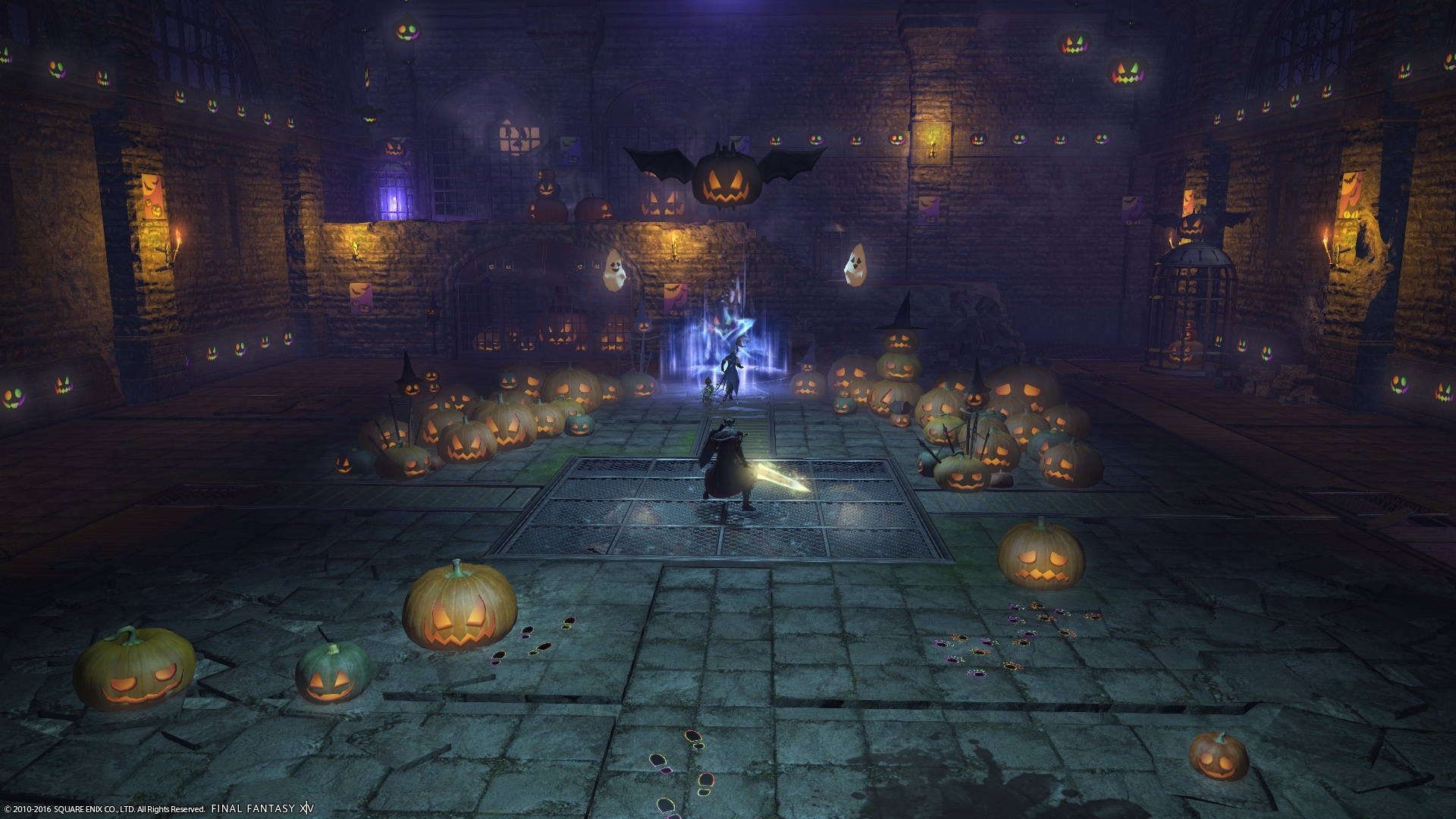 Final Fantasy XIV‘s “All Saints’ Wake” event has kicked off again this year, but this time it’s something different — a fully re-purposed dungeon that operates as a fun as hell scavenger hunt.

The gist is that you’ll talk to an NPC in Gridania, like any ol’ event, but instead of doing a menial task or sitting through dialogue to get your themed cosmetic items, you’ll net them by doing an instanced dungeon with three other players. You can head into it with a party of your choosing, but I highly recommend doing it with strangers and testing out your communication skills.

Players will go through the mansion filled with patrolling monsters and look for clues, which provide hints for locating treasure chests to complete each mission. The best approach is to split up and communicate with your team, providing them with tips as to what chests to open — opening a wrong one or making contact with a monster will lower the group’s sanity meter, so you have to work as a team or everyone fails.

It’s a different, non-violent way to approach dungeons, and something I’d like to see more often in games like this. Since the XIV community is generally among the best I’ve ever seen, all of the groups I’ve played with so far have been having great time with it, cracking jokes and being helpful. And since it features Haukke Manor, a dungeon that launched in 2013 with the base game, it’s a great example of how to bring back old content and make it relevant again.

You’ll have to do it three times to get every item, but since the quests shuffle (and, as mentioned, it’s awesome), I didn’t mind it one bit. If you haven’t logged in for a while go test it out — you have until November 1!