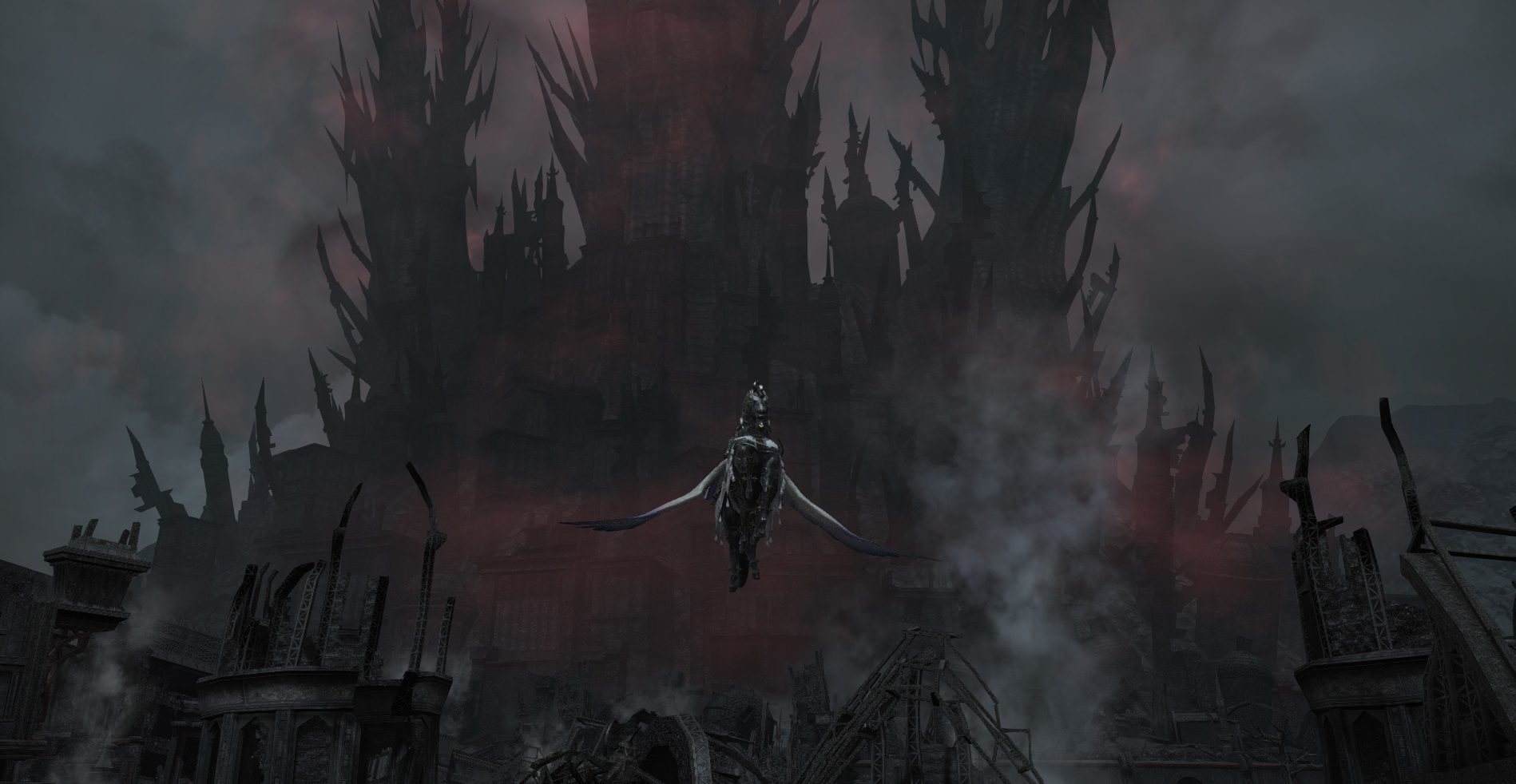 [This Endwalker hands-on preview is based on an in-development build of Final Fantasy XIV, and content in the final version is subject to change.]

I’ve been playing Final Fantasy XIV for roughly 11 years. Well, I’ve been enjoying Final Fantasy XIV for X years after the Realm Reborn salvaging job came about. And it’s been pretty crazy to see all of its improvements happen in real-time. Yes, Realm Reborn was pretty great at launch, but it’s gotten so much better since then. That includes the upcoming expansion. It’s time for an Endwalker hands-on preview. 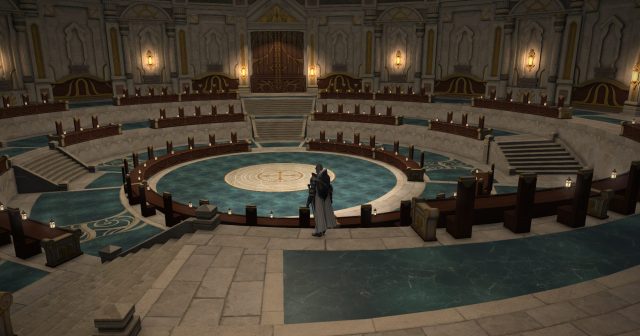 Square Enix gave us nearly a full day of hands-on time with Endwalker. But before that happened, we got a special presentation from Naoki “Yoshi P” Yoshida himself. It was 45 minutes long. He was rocking a soul patch. Ah, the world of MMO coverage! I wouldn’t trade it for anything.

Yoshida says that although he would have loved to have done an in-person preview this year, it’s basically impossible, noting that Japan is still in a “tough situation,” and he took some time to commend the healthcare industry for allowing his team to continue their work. It’s a bizarre time for both press and developers alike, but it was great to see a heartfelt message from Yoshida, as he’s always been earnest throughout his career, and seems like he actually enjoys his work.

After that brief intro, it was time to get to the content. With music from the expansion blaring in the background, Yoshida gave us his spiel. Final Fantasy XIV is now officially at 24 million players, an increase of two million since the last time he checked in, and the game “continues to grow.” Remember when I smack-talked the original version earlier? Yoshida touched on that, noting that it’s amazing how he and his team were able to turn the game around to a “core part of Square Enix’s business” from what it was.

It’s been 11 years since they dropped the 1.0 edition, and on September 30, they’ll hit 12 years and four expansions to Realm Reborn. Yoshida thanks fans for sticking with the game for this long — something he tries to do a couple of times a year, at least — and credits the community for keeping the game alive. Again, I believe his sincerity here.

He recalls how the game grew from four million members after the launch of Heavensward (the first expansion), and how they were “super happy” with that figure because of how they were able to fix the game from its previous state. After Stormblood hit, they grew from 10 million to 16 million before Shadowbringers arrived. The next milestone was surpassed by the “highly acclaimed” Shadowbringers, which now sits at 24 million players. Yoshida vaguely mentioned “10 more years” of plans, and that just because the first saga (Hydaelyn and Zodiark) is over, it doesn’t mean the end.

“More than anything,” he believes people are interested in the new jobs. 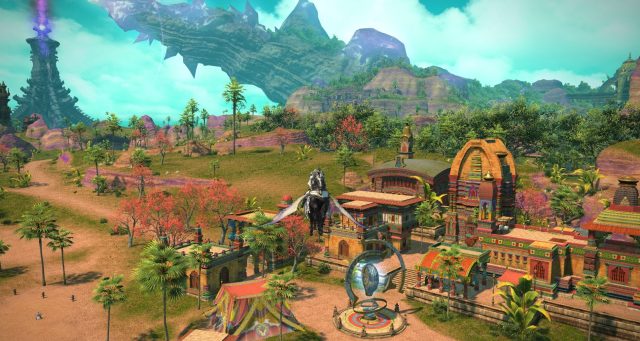 Yoshida reiterates from patch 6.1, “a new adventure will begin,” so expect a big finish in the base expansion, as they “tie up loose ends from the last 10 years.” Afterward, the team decided they wanted to “challenge themselves” with a brand new story, and thus the concept for 6.1 was born.

He reminds us that Endwalker will “downscale values” alongside battle changes, and reassures players that they have “nothing to worry about.” This is mostly due to calculation overflow bugs (read: big numbers screwing things up internally), and a reduction of floating text for aesthetic reasons. A number given that was reaching untenable heights was a 440,000,000 HP boss battle. “One-fifth of original values” is the basic number provided, but the game should ostensibly feel the same, and you should “still feel stronger” when leveling. “I assure you you’ll get used to it right away,” he says, and it’s for the best for “the next 10 years of service.”

One immediate bonus is a reduction of leveling up XP requirements. Yoshida says that their philosophy has changed over time, and instead of wanting to see players just focus on one or two jobs, they want to try multiple jobs and playstyles. “It will be super easy to level up every single job,” he says, and you’ll be able to “experience more things” as a result of spending less time leveling.

“Inflation” is another concern, which Yoshida is combating by “abolishing the 999 gil [gold] cap” on teleportation (an example of 1,200 gil fees were mentioned). The aim is to “rebalance the economy,” and I’m sure people will have thoughts when the whole process is finalized. Yoshida reminds players that you can favor destinations to reduce the cost. “Concern for the game’s lore” was also considered when adjusting these values. 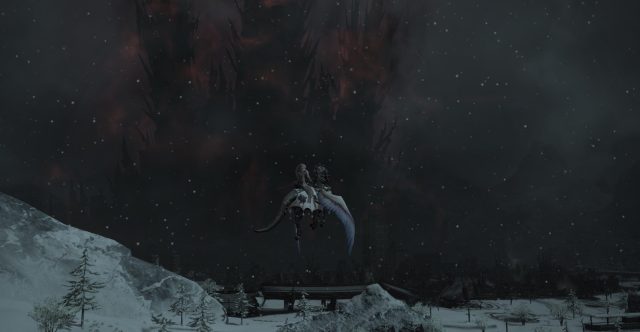 A big thing Yoshida harped on in the presentation as well was the ability to do more solo content with AI party members via the Trust system. Yoshida intends to make the game more playable solo with the Endwalker 6.0 Trust enhancements, and is not concerned about “it becoming a non-MMO” as a result. One of his big points is that there are people who are prone to not wanting to group up, and he wants everyone to still experience the story and the game as a whole. He hopes that those people do gravitate toward group activities, but isn’t overly worried about it.

After that, I was whisked away to the Endwalker build (Yoshida says to remind people that this is a “pre-release build that is subject to change”) and swapped to Paladin as quickly as I could (it’s not like people are scrambling for tanks when there’s new healer/DPS jobs!). My demo included two new areas (Thavnair and Garlemald), level 90 jobs (including Reaper and Sage), the Tower of Zot dungeon, and the Old Sharlayan hub were open. No quests were unlocked.

I’ll start with exploration. Thavnair’s aesthetic heavily leans toward “lush jungle” and it’s completely my vibe. Between the ruins and the menacing structures scattered around it, it’s easily one of the coolest-looking zones in the game. Again, no quests or story content was enabled, so we were only able to fly around it — but I was able to clearly see some of the narrative beats that were about to unfold just due to the strong design alone. 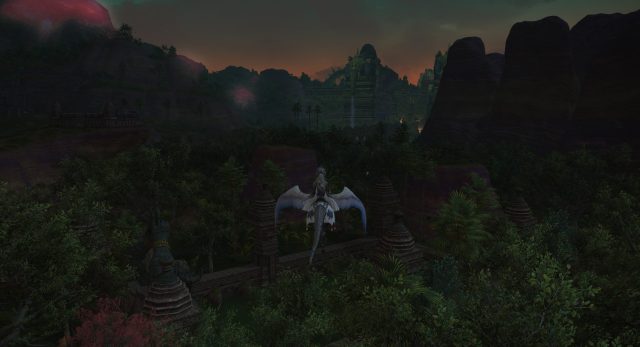 Garlemald is a Heavensward-like snowy area. I started in Camp Brokenglass (edgy name amid a zone torn by war), and made my way to the gigantic broken castle motif, which is the centerpiece of the area. It’s bleak, especially when juxtaposed to Thavnair’s thriving nature.  Old Sharlayan is a pristine town that reminds me a lot of Idyllshire. Right now it’s not overly exciting (though I do love cities with plenty of water), but that might change when the main story quests tie me to it emotionally.

The other big place we could try is the Tower of Zot: a new dungeon with plenty of Final Fantasy IV flavor (the Magus Sisters are the core focus and the entirety of the boss gauntlet). You fight two of them sequentially, then all three at once. Combined with the horrifying (and tentacle-filled) art style, it has a ton of flavor. During Zot, I opted to play my go-to Paladin so our group had a tank, with my party members trying out Reaper (x2) and Sage. We cleared it! But afterward, I had to get a feel for both of the new jobs myself and came away impressed on just about every level.

The Reaper was already going to appeal to a certain type of player just based on looks alone, but they back it up mechanically too. The job is heavily combo-based, with some traversal options and positional requirements. In that sense, it reminds me of the Dragoon a bit, but with its own distinct style on several counts. The Reaper has buffs like arcane crest (which creates a barrier for 10% of HP for you and buffs nearby party members when absorbed), or arcane circle (which buffs party damage). Hellsgate lets you slip in and out of jams, and several abilities have a prerequisite state when casting. At first glance, it doesn’t seem like a beginner class, but should satisfy long-time players immediately. It also looks damn cool, which….c’monnnnnn.

The Sage is the healer class and the other new job for Endwalker. As one of my party members in the demo said, “it’s like they made a Gundam job.” Sage is one of the flashiest jobs in the game, or maybe any Final Fantasy to date. It has myriad area-of-effect (AOE) abilities that fire off cool effects and protect the party, which is especially fun to play when first learning the class. It has some straightforward heals and damage abilities, on top of stuff like Phlegma, which damages enemies and heals your party (provided you hit them with the Kardion-granting Kardia ability). It has a regen (Physis) and a few other tricks up its sleeve, including a mass AOE heal that’s on a 60-second cooldown.

While Reaper is easily more enticing, Sage is something I can see sinking my teeth into across the length of the expansion.

I doubt many of you were worried about the quality of Final Fantasy XIV: Endwalker, but based on what I’ve seen, it’s on track to at least meet the high bar they’ve set so far. Shadowbringers is going to be really hard to top, but they’re on the right track.