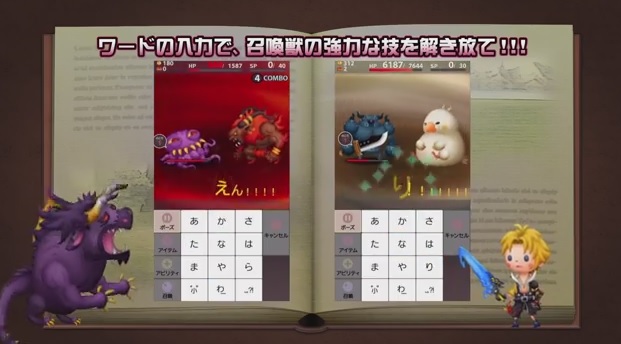 Level-up and play with chocobos

Final Fantasy: World Wide Words is basically Typing of the Dead Square Enix style, and it’s shaping up to be a treat for old-school fans. This new trailer shows off a bit of the gameplay, including some world map exploration, possible chocobo raising, and lots of combat. Typing combat.

Sure, it looks like a decent amount of assets were re-used from Theatrhythm, but if the game is fun enough on its own merits I’ll be happy. We’ll see.