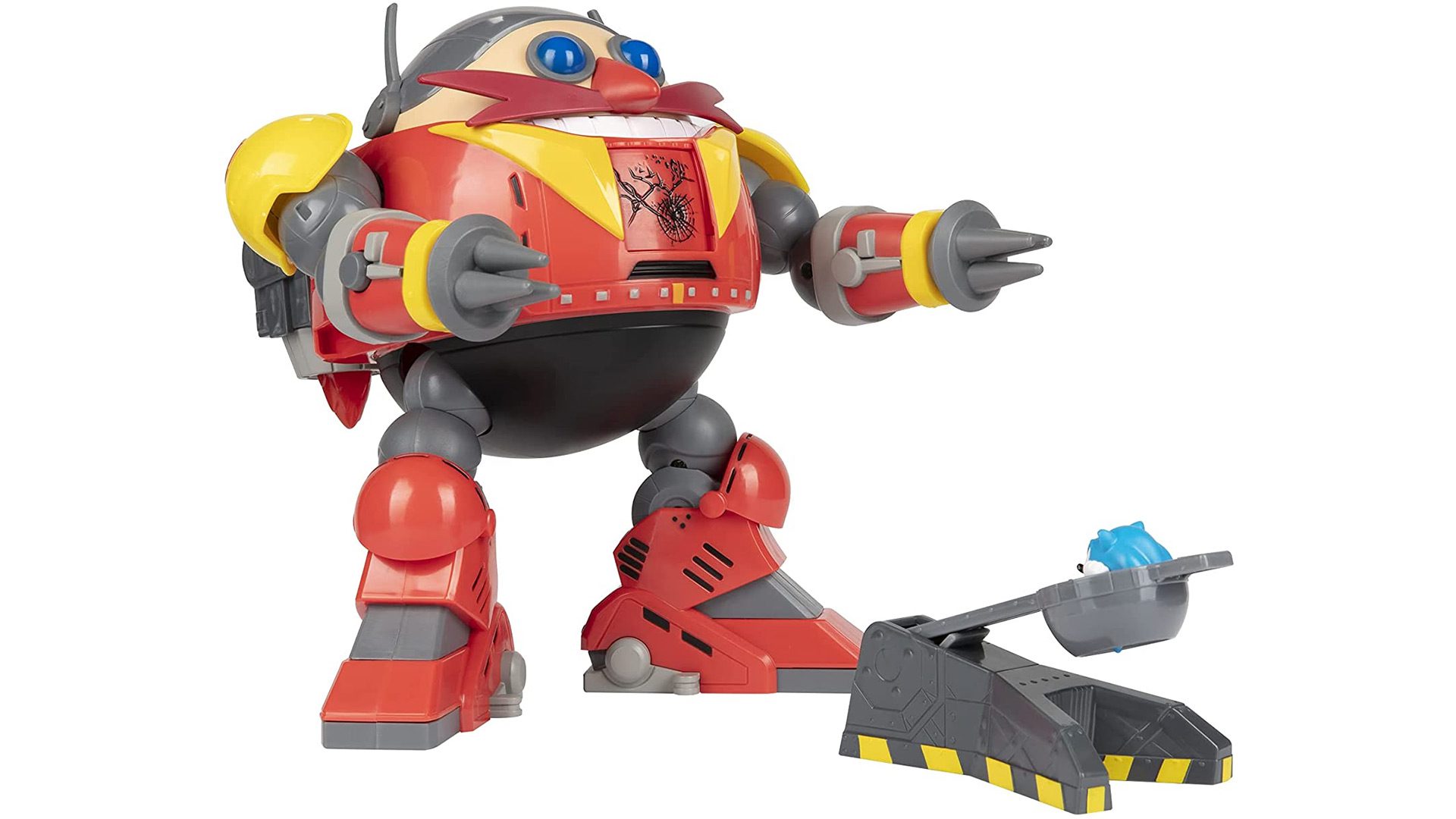 It’s rare for me to want to mention honest-to-goodness toys here, particularly the stuff that Jakks Pacific puts out, but I’ll make an eggception for this Eggman Robot Battle Set based on Sonic the Hedgehog 2. It’s so cool. I mean it. You’ve got to see it in action.

As much as an advertisement for a children’s product is going to do everything in its power to make the toy seem fun as hell, I really do like the idea of launching a curled-up Sonic with a catapult, nailing the boss three times in the chest, and watching it crumble.

Jakks Pacific’s take on the Death Egg Robot comes in at 9″ tall and will retail for $40. (Pre-orders are open at GameStop for mid-September, but Amazon is out of stock.)

If this seems like a random time to be making a toy based on Sonic the Hedgehog 2, it’s anything but — this is a 30th Anniversary product, and it’s a bullseye on that front. We got our first glimpse of the Eggman Robot Battle Set during the Sonic anniversary stream, though it was such a limited preview, it wasn’t really worth covering. Also, it got overshadowed by those ridiculous Sonic-and-friends King Ice necklaces.

I’ve mentioned this a few times before on Destructoid, but as a Z-Bots-obsessed kid of the ’90s, I would’ve loved this Eggman Robot set. Honestly, it would go well with those mini mechanized protectors. I’m just now reading up on the lore — oh my god, y’all, there’s Z-Bots lore — and apparently, we’re only a few years off from a major event on the timeline: their creation. Z-Bots were created in 2025 by Arthur Zedd and they served humans well until 2084, when a virus corrupted many of them. Pretty good run!

Tangent aside, here’s my takeaway: let’s get more toys based on final bosses, please.

If I could get just the catapult and Sonic spinball, I would. That would take up much less space, and it would be a fun activity for the cat (but mostly for me).