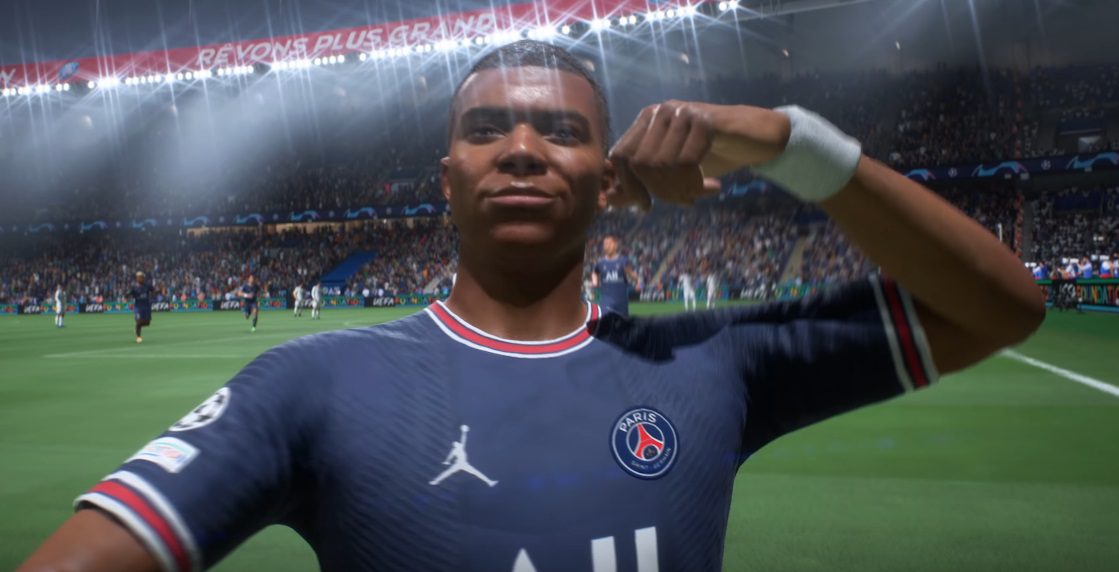 While English football fans pick themselves up from the misery of yesterday’s razor-thin defeat, they can at least take heart in the news that Electronic Arts has dropped a trailer, details, and a release date for the next entry in its decades-long football franchise, FIFA 22. The mega-selling franchise returns to PlayStation, PC, Xbox, and Stadia platforms on October 1, while FIFA 22 Legacy is also in development for Nintendo Switch.

Never a stranger to controversy, however, EA is already raising eyebrows with its decision to lock next-gen upgrades behind its $99 dollar Ultimate Edition, which will offer the purchaser “Dual Entitlement” i.e. a FIFA 22 upgrade on PS4/PS5 or Xbox One/Xbox Series X. The standard $60 edition of FIFA 22 will not include a respective platform upgrade. It should also be noted that the PC edition will be based on the PS4/Xbox One build and not the PS5/Xbox Series X build.

FIFA 22 — the 30th release in EA’s long-long-long running franchise — promises to utilize powerful HyperMotion technology to deliver cutting-edge, state-of-the-art visuals and gameplay on next-gen platforms. EA is using learning algorithms to capture over 8.7 million frames of animation, replicating movement from live motion capture sessions and hours upon hours of match footage. It’s the developer’s hope that a combination of super-smooth animation, quality facial-scan technology, and the power of next-gen gaming will collude to create the definitive FIFA experience. Here’s hoping the same effort will also be put into tackling racist content & online toxicity.

“FIFA 22 offers millions of fans around the world a chance to engage with the sport they love in an unprecedented way,” said EA Sports’ FIFA GM Nick Wlodyka. “Each player experiences FIFA in their own way but on-pitch gameplay is the unifying constant, so we’re excited to offer deep innovation there. HyperMotion elevates that even further on next-gen consoles and Stadia and completely changes the feel of the game.”

The next entry will include a brand new career mode, Pro Clubs, Volta Football, and various online multiplayer modes. Of course, the ludicrously money-raking FIFA Ultimate Team mechanic will return and will include all-new “FIFA Ultimate Team Heroes” items, representing cult legends of the past and present. For the second year running, FIFA 22‘s cover star is Paris Saint-Germain striker Kylian Mbappe, who becomes one of only an exclusive club of footballers to have bagged the coveted FIFA cover honor multiple years in a row.

FIFA 22 launches October 1 on PS4, PS5, PC, Xbox One, Xbox Series X, and Stadia. FIFA 22 Legacy is expected to launch on Nintendo Switch on the same day. Players pre-ordering the FIFA 22 Ultimate Edition will receive four days Early Access ahead of the official release date, alongside “Dual Entitlement”, and a selection of bonus items.