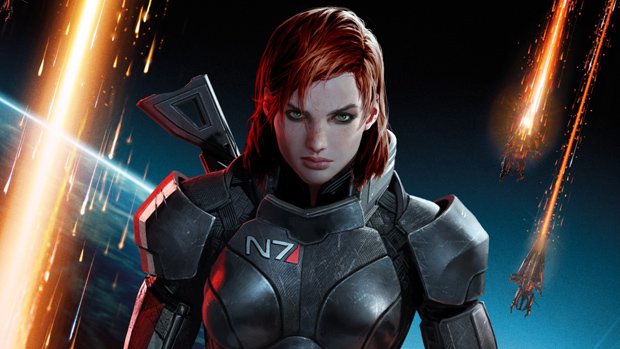 Part of the beauty of the Mass Effect series is that you can be whomever you want. There isn’t a pre-ordained hero that tries to save the galaxy; you can make Shepard male or female, good or evil, gay or straight. “I’m Commander Shepard and this is my favorite Commander Shepard on the Citadel,” you can say without a trace of irony.

Cooper followed up by stating that “I repurposed mocap from Jade Empire. Shepard was always planned to be both male & female after JE‘s pre-set characters.” So, it was always the intended design for players to have full control over their commander, but FemShep was technically the first one made.

Remember how Mass Effect 3 came with a reversible cover that you could take out and flip over to FemShep if you so desired? Seems like maybe it should’ve shipped that way in the first place.