Super quick recap time: Hitman: Absolution sees series protagonist Agent 47 betrayed by his former employers, the ICA. With the cops following his every move, the anti-hero needs to find the truth amidst the conspiracy he’s found himself plunged into.

IO Interactive finally let us get our hands on Absolution and we found ourselves in the middle of the story where 47 needs some information from an underground informant named Birdie. Birdie has a price, of course, and you’re tasked with taking out a target who goes by the name the King of Chinatown.

You’d think having a multitude of ways to cause murder and mayhem would be fun, but in reality, Hitman: Absolution was very underwhelming from what I played.

The King hangs out in Chinatown, and likes to stand out in public places to make it harder for anyone to get to him. Plus, he has a unit of dirty cops guarding him and patrolling the small section of Chinatown we got to play in.

The Glacier 2 engine powering the new Hitman is capable of displaying up to 500 NPCs on screen at once, and this tiny area of Chinatown was bursting with life that would make anyone think twice before pulling out a gun on the King. Granted, what we were shown was a pre-beta build, so this very well — or at the least should — change, but just because there were a lot of bodies walking around didn’t make the scene feel lifelike. 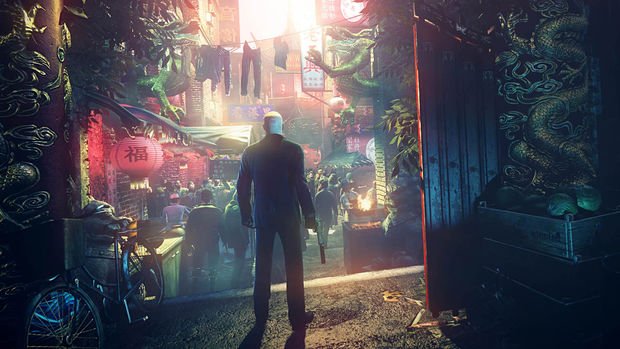 The biggest issue being that the NPCs just slide away as Agent 47 moves through the crowd. Games like Assassin’s Creed and the upcoming Sleeping Dogs have a very realistic approach, wherein the player character will actively push or work their way around NPCs. This sounds like a trivial compliant, but it really was annoying and took me out of the immersion.

As this is a Hitman game, you’ll have a ton of options in how you can take out the King. You can straight up walk to the gazebo where he hangs out, and gun him down. Naturally, doing so will see a swarm of guards drop you faster than you can blink.

Out of all the ways I could take out the King, my favorite was with the sniper rifle. If you hang out near the King at the beginning, you’ll see him place a call to his drug dealer asking for a refill of the white stuff. After a couple of minutes, the dealer comes through, talks to the King, and then heads off to get his secret stash. Conveniently for you, the dealer heads down a dark alley away from the public. 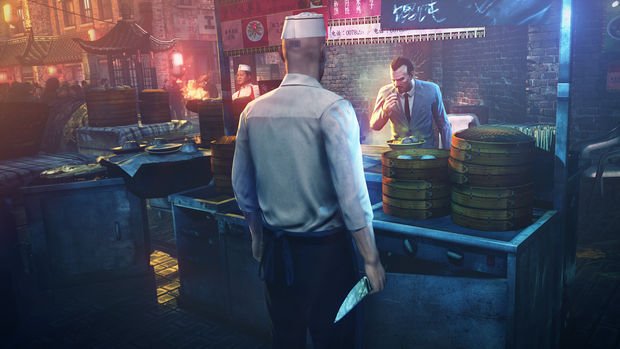 After choking out the dealer, you can take his clothes which now allows you access to the dealer’s apartment. Upon entering his room, you’ll find a sniper rifle and the apartment window has a perfect view of the gazebo. Boom. With your target dead, you’ll just have to exit the level to complete the task.

This was just one way of nearly a dozen. Other options included planting a bomb on the King’s car, triggering the car alarm and detonating it once the King went to go check on his vehicle. Or, you could have found some poison, laced the cocaine with said poison, and watched the King snort himself to death.

There were many more options, but you get the idea. Tying all this together is the point system. You’ll earn points for doing things like hiding corpses in dumpsters, assassinating targets, and so forth. You’ll lose points for hurting civilians, getting discovered, etc. For the most part, the points system looks to be just for bragging rights as you can compete against the world or just simply friends on a leaderboard system, much like Zen Pinball’s leaderboard setup. 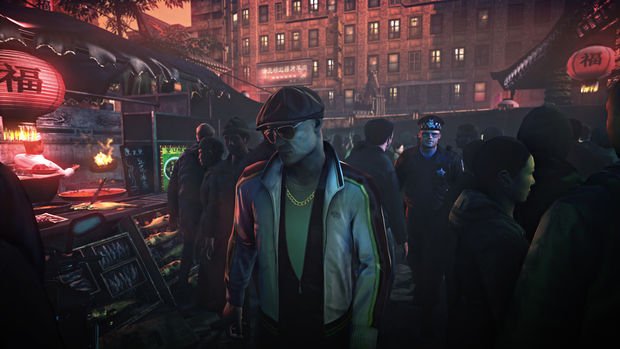 All this can be as hard or as easy as you want it to be. Players can activate an ability called Instinct with a simple button press that slows down the action somewhat and gives you an x-ray vision of the environment. Threats are highlighted with yellow and your main target is highlighted in red. Interactable objects that could be a potential aid to 47 are also highlighted in yellow, and clues are given about how you can use them. As you might expect, this is in place to help novice players. Harder difficultly levels restrict Instinct abilities and introduce tougher, smarter AI characters to go up against.

As far as initial impressions go, I just didn’t feel all that excited about Hitman: Absolution based on what I played. While much of what I described sounds fun in theory, it all felt very generic, in a “been there, done that” sort of way. As it stands, there’s nothing that makes me want to give the game another go, especially with the avalanche of games on the way.