Sometimes I like to challenge myself and do something that’s a little different, a bit unusual, when it comes to the things that I write. So, when Casually Hardcore e-mailed and asked if we’d be interested in reviewing some of their gaming-related fashions, I figured I’d give it a shot.

Minutes later, I thought, “How the hell do you review a t-shirt?” That question has been plaguing me for many weeks now, as I wore the shirts and tried to ponder exactly what it is one can say about this kind of product. Of course, it never hurts to try. 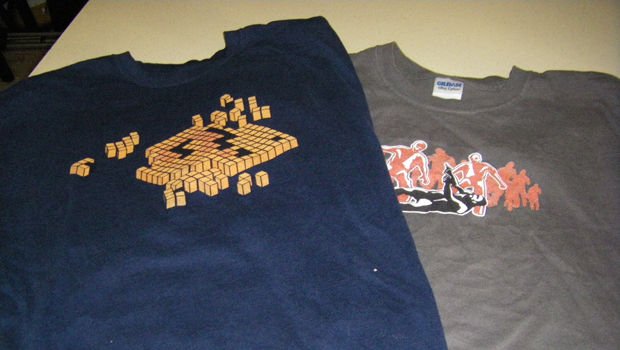 Casually Hardcore is one of a few lines of clothes sold by Carbon Clothing, a UK-based company. Their website offers t-shirts with over 75 designs in men’s, women’s and children’s sizes. Each design is available in a wide array of colors so you can pair up the image you want with the cloth color you want.So basically, there’s probably something which will appeal to just about anyone inclined to wear their gaming hobby on their chest.

Navigating casuallyhardcore.net to order shirts is a bit of a hassle, particularly if you just want to browse through the different designs. Clicking on one of the shirt designs will take you to a screen showing preview images of the design on the various different types of clothes. Selecting one of these takes you to an actual product page where you can look at it in more depth. But, honestly, the image on it is the most important thing most of the time, and it’s a little annoying that there’s no faster way to just see an enlarged version of an image without going through those three steps. 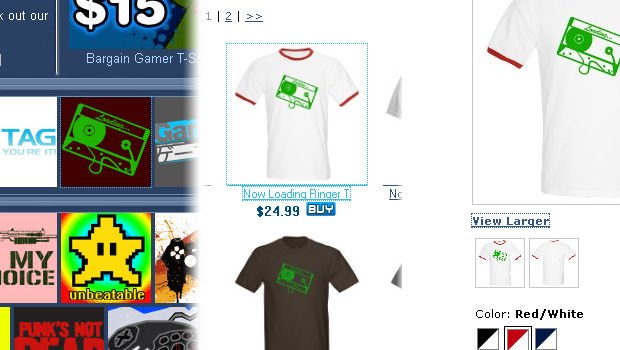 A majority of the designs on offer feature prominent text, which may or may not be your bag. Personally speaking, I prefer shirts that have little or no text on them, which is why I was sent these garments: An “I Hate Zombies” design on grey and a “Dead Question Block” design on navy blue.

The shirts are 100% pre-shrunk cotton, manufactured in Haiti. At least, the ones I was sent were. It’s hard to say for certain if yours will be the same, but the two different shirts I was sent were made by Hanes and Gildan Activewear. There’s no indication anywhere on Casually Hardcore to indicate where clothes are coming from unless they’re made in the United States, but the products are printed by Cafepress who typically only use those two companies for their shirts.

As for my experience in using them, well, they’re t-shirts. I put them on and they shielded me from cold and spared women the embarrassment of fainting upon one look at my chiseled physique. At five feet, seven inches and about 150 pounds, the large-size shirts fit comfortably. They’re cotton, so they’re soft and environmentally destructive in their production, something I’m sure we can all get behind. 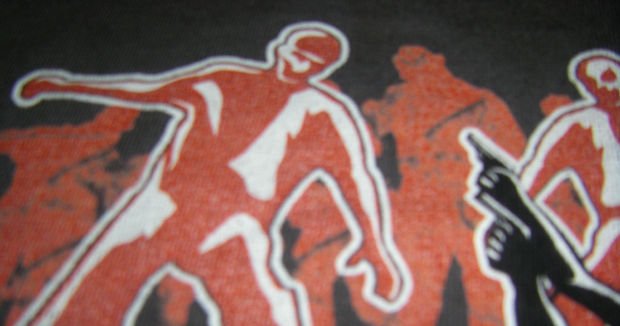 In the long-term, however, I have some concerns about the durability of the clothes. After only a brief period of use, the silk-screened images began to crack apart and fade a bit. While it’s expected that the image would show some wear over time, I was a little surprised at how quickly the process had started. The shirts themselves are immaculate (except for needing a good ironing, something verboten on the care tag), which only serves to highlight that the image isn’t holding up quite as well as it had when it arrived only half a dozen washes earlier

That said, you could certainly do worse with some of the on-demand printers around the web (such as Zazzle, for example, where my custom shirt’s image was shredded after only two washes) and the shirts are reasonably priced starting at $15. Will I be shopping there again? Probably not, but that’s due far more to the majority of designs not necessarily being the sorts of things I wear than anything else. They might be more your bag, though. You can check out all the various designs over at Casually Hardcore.