It’s about that time for me to pick out and carve a pumpkin, and even though I’m typically boring with my jack-o’-lanterns — I tend to go for the classic looks rather than decked-out pop-culture designs — I love it. I enjoy sawing away with a kit of way too many tiny tools, I like scooping out the pulpy guts with my hand, and I don’t even mind the cleanup.

Whether you want to test out a design before committing to the real thing or you’d prefer to simulate the experience of carving pumpkins with none of the mess, you’ve gotta check out this free pumpkin-carving game from Adam Robinson-Yu, the creator of A Short Hike.

It’s called Mayor Bones Proudly Presents Ghost Town’s 1000th Annual Pumpkin Festival and it’s free to play on PC, Mac, and Linux via itch.io. You can chip in a few bucks if you like it.

I added a few new things to find this year, and I'm really excited to share this with everyone! pic.twitter.com/GMYKdyKeAQ

What I like most about this game is that it feels like a labor of love, and there’s community spirit in that you can see and share pumpkins online. The tools are also very easy and intuitive, whether you’re going for a quick hack job or a meticulous hundred-step cutout.

After picking out a pumpkin, you’re seconds away from using the cut or scrape tools to create a finished jack-o’-lantern. It can be as quick or detailed as you’d like.

I couldn’t resist this wonderful shade of green. 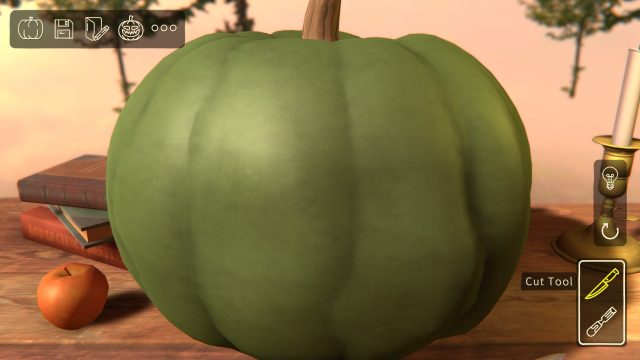 The cut tool lets you draw lines to create a shape that’ll be perfectly punched out once you finish connecting the dots; the scrape tool lets you peel off the pumpkin’s exterior by dragging your mouse. If you slip up, there’s an undo button, and you can preview some moody lighting. Like I said, it’s super straightforward. It’s palatable for a general audience. 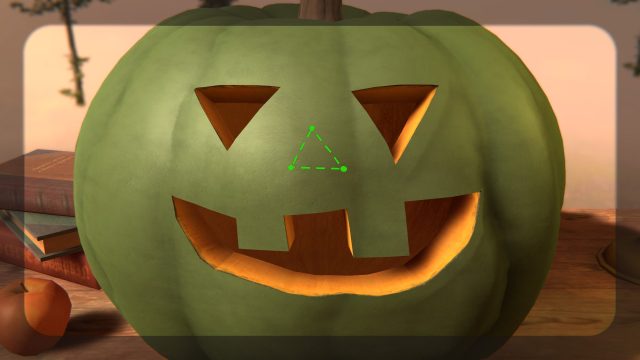 Once you’re satisfied, you’ll be able to roam around some spooky locations and place your pumpkin (up to four total) or stroll around to see what other players have created. 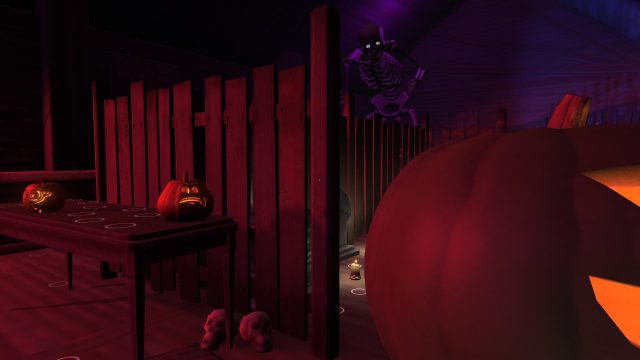 The online functionality won’t be around forever, but the server should be up until “a few weeks after Halloween.” Before you ask — yeah, there’s a reporting tool to flag inappropriate stuff. “Parental supervision” is advised by the game’s designer.