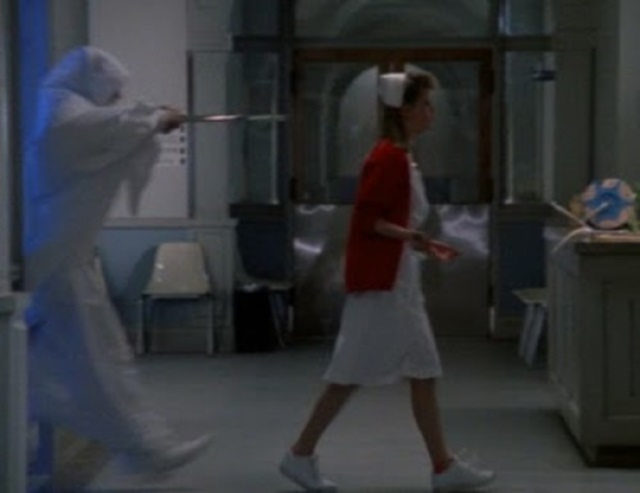 [Dtoid community blogger TheDustinThomas shares with us his memory of one of the best jump scares in the entire Resident Evil series. Want to see your own stuff appear on the front page? Go write something! –Occams Electric Toothbrush]

If you’ve played the game, the title alone is enough to clue you in on what I’m talking about here. It seems like no matter what I do, I can’t stop writing about the Resident Evil series. Whether I’m listing its greatest characters or writing a breakup letter to the series or using it as a topic for one of my weekly Top 5 lists, it seems as though I can’t get away from it. So I’m just going to embrace it from now on.

While Resident Evil wasn’t the first survival horror game, it took what came before it from games like Alone in the Dark and the original Clock Tower and expanded upon them. It wasn’t the first one, but it was the first that I played, so when the sequel was released, I was ecstatic. I have no shame in saying that the original Resident Evil scared me out of my wits, and I think the sequel increased the dread significantly. When Destructoid first put out the call for this blog theme, I knew I was going to pick Resident Evil 2, but I wasn’t sure which moment. The first encounter with the Licker was up there. I had already exhausted my shotgun ammo and the Licker immediately lunged forward and decapitated a young Leon S. Kennedy. What about the numerous surprise attacks from the Tyrant-103 (known to most fans as Mr. X)? Or how about the scene where reporter Ben Bertolucci meets an unfortunate end at the hands of what can only be described as an Alien chest burster?

But when push came to shove–which is a saying that I still don’t fully understand–there was only one choice. The moment that literally made me scream in terror, the two way mirror. For anyone who hasn’t played the game or isn’t all that familiar with the series,Resident Evil 2 takes place in the Raccoon City Police Department. At one point you need to enter a room behind a two way mirror where a Licker is waiting and drops from the ceiling. As long as you have some firepower, there’s no cause for concern. At most you would need two shotgun blasts to put it down.

Later in the game, you gain access to the room on the other side of the mirror–the interrogation room. I remember getting an uneasy feeling as soon as I walked in and surveyed my surroundings. Nothing seemed out of place, but even in videogame form, the room seemed so sterile and cold. It just felt uncomfortable. You have to walk by the mirror in order to pick up a key (the Rook Key, if memory serves me correctly), and as soon as you go to exit the room, a Licker bursts through the window with a loud crash.Resident Evil is known for its jump scares, and this one is the best in the entire series.

In retrospect, it’s kind of funny that it terrified me as much as it did. If I were playing it for the first time today, with nearly 17 more years worth of gaming experience, I would have seen it coming from a mile away. It’s terribly telegraphed. They may as well have had writing on the mirror that said “DON’T WORRY, EVERYTHING’S COOL”.

If you’d like to see the scene play out in its entirely, check out the video and start watching around the 2:55 mark. This is the scene that cemented my love for the series. To this day, jump scares still freak me out, and still occasionally cause me to pause the game to regain my nerves. Even though Resident Evil has strayed far from its survival horror roots, going back and playing the early titles still instills a sense of dread that few games before or since have done.

Thanks for reading. Don’t forget to follow me on Twitter @TheDustinThomas. You can also listen to my podcast on both iTunes and Stitcher.