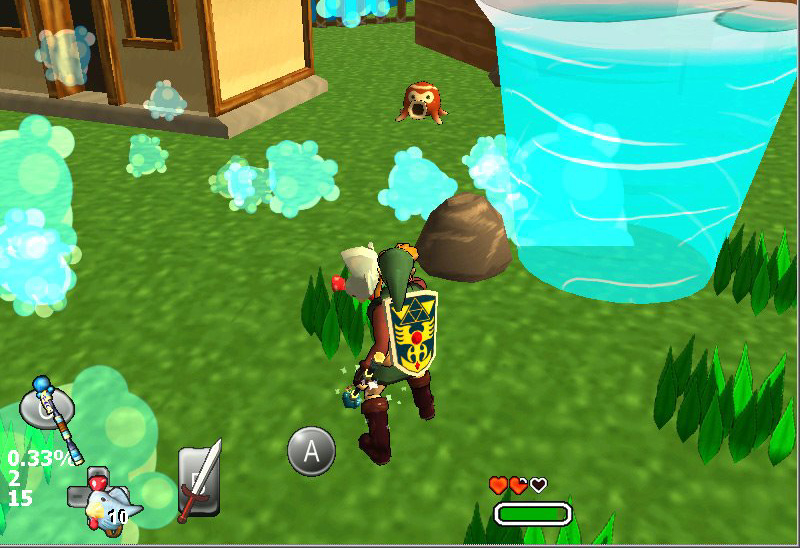 No matter how cool they may seem, it’s always hard to get excited about fan-made Zelda games. Their creators are always faking their deaths or pulling some other wacky stunt to back out of their projects.

This 3D remake of Link’s Awakening may be different. First we got a look at the game’s overworld, and just a short time later we get screenshots of the game in action. At this rate, a playable demo is only a matter of time, and as I learned from being a part of the Mushroom Kingdom Fusion team, playability can quickly lead to project getting the help it needs to actually get finished.

I’ve wanted a new 3D cel-shaded Zelda game since I finished The Wind Waker, so despite looking a little rough in spots, this game has me pretty excited. Disgruntled, jealous Zelda-fans are sure to attack the game’s team for creating something that isn’t up to Nintendo standards, but if you ask me, such criticisms are poppycock. Creating a game with your own time and money, with absolutely no potential for personal profit, is the act of a true artist, and is something to be commended.

Carry on, Jerrel Dulay! I really hope you don’t die before this game is finished.