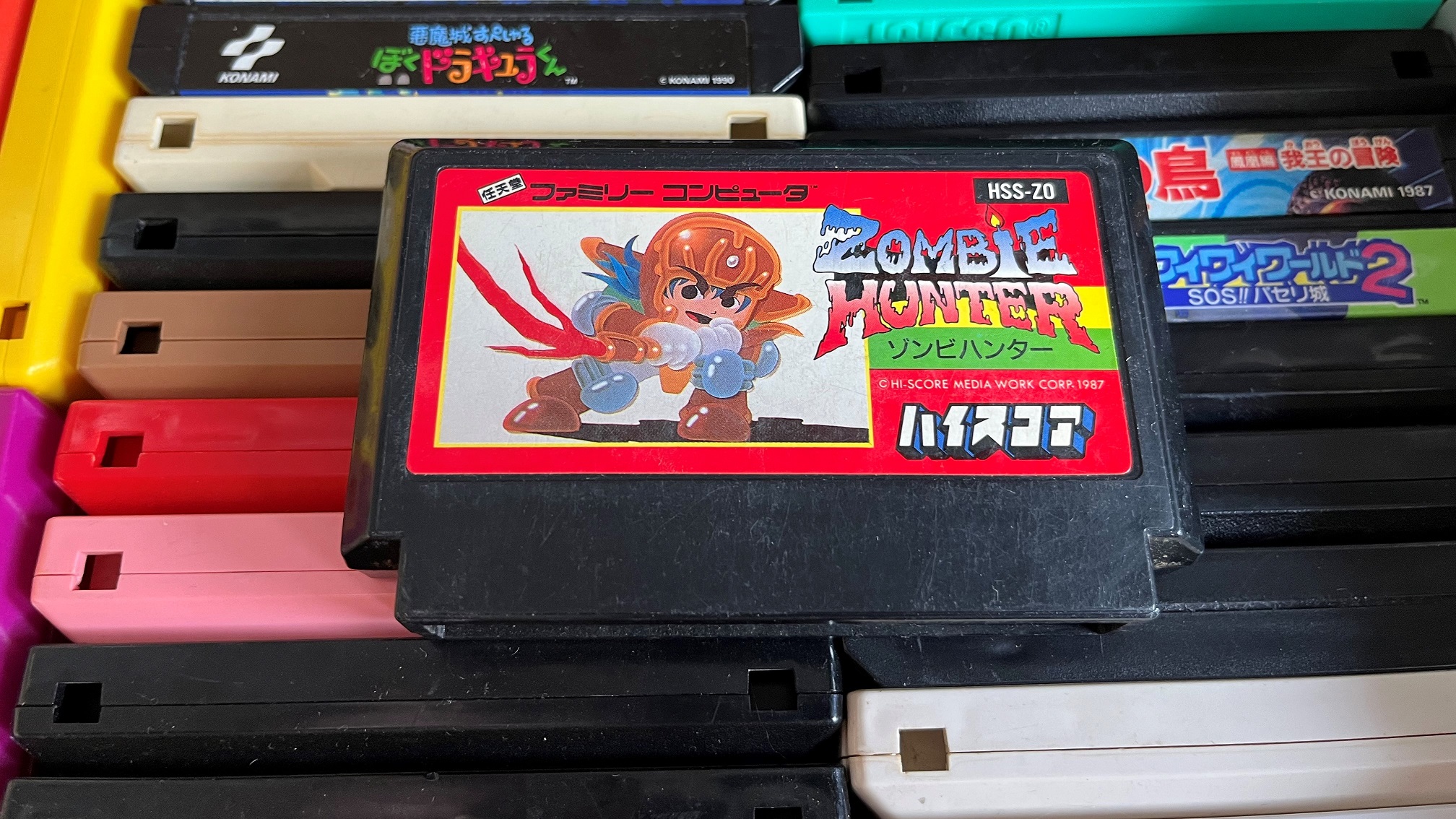 Not really that many zombies

Zombie Hunter looks like a fake game. You know the opening of No More Heroes III where Travis Touchdown outlines this weird Deathman game, and the gamer part of your brain tells you that such a game couldn’t exist in the time period it’s supposedly from? That’s Zombie Hunter. It tells me it’s from 1987, but doesn’t really tell me it was developed by Lenar. Instead, it just mentions Hi-Score Media Work Corp, which was sued out of existence by Enix over a screenshot of Dragon Quest 2. I know this, because the first thing the game does upon being started is scream at you, “Hai Sukoa!” It was a nice jumpscare to start the game. That’s a lot of UI

Just look at it. Half of the screen in Zombie Hunter is taken up by its HUD. It’s excessive! Then you actually start moving, and then you stop because there’s an encounter. These encounters are like the random encounters of a typical JRPG, but they’re always the same. You side-scroll screen by screen, then some enemies pop out and you swat them to death with your iron death stick.

Yes, it’s the unholy marriage of side-scroller and RPG. It’s all about experience points, gold, and inventory management. You have to jump over some holes, but not too many, and falling in a hole doesn’t mean instant death.

It’s weird. Not the combination of genres, but the almost half-assed meshing of systems. The enemies on each screen are always the same. The loot they drop is always the same, except sometimes they don’t drop anything at all. You can’t advance forward when combat is active, but if an enemy falls off the edge of the screen, they’re just gone. You don’t get experience, and you don’t get any loot. Zombie Hunter doesn’t want to track off-screen enemies, so just deal with it. 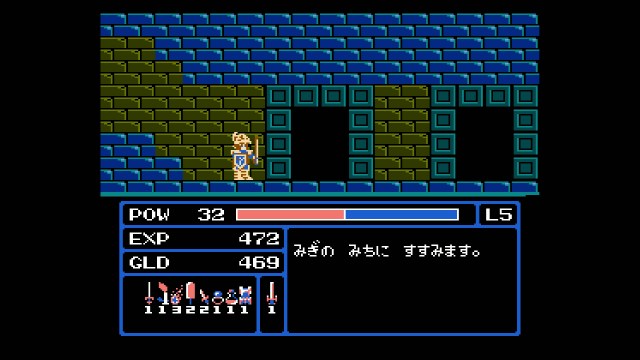 Look at the graphics. They’re weirdly pleasant. There’s very little animation aside from your armor-person’s kickywalk. The music is manic, but it isn’t really all that bad. Despite all the shortcomings I’ve already listed, Zombie Hunter is a strangely solid game. I’m even going to go as far as saying I enjoyed it.

Your job is to get past six levels, but levels 2-5 have you select your route, so there are technically ten levels in the game in total. Enemies and their loot drops are different depending on which route you take, so there’s reasonable incentive to take different routes through the game.

Equipment is rated with numbers that denote both its strength and potential degradation. Your normal enemy-smacker doesn’t degrade, and neither does armor, but magical items and better smackers do. However, if you get a level 8 smacker; that love lasts forever. Of course, there’s a chance that Zombie Hunter will just give you butt. You either get an item or don’t from an enemy group, so unless you want to grind every encounter until they drop something, you might miss the best pick-ups. 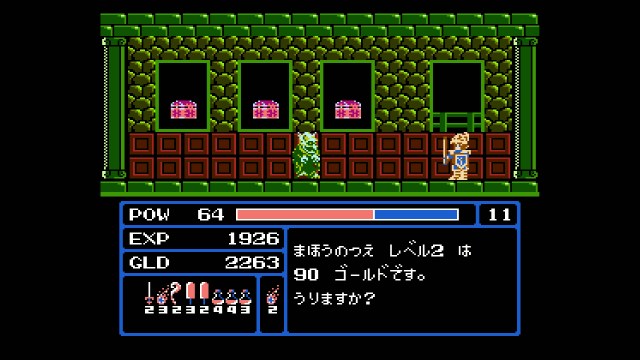 And you will grind. Zombie Hunter is a grinder’s paradise or Hell depending on how much you actually enjoy grinding. I love it, so I was at home here. If you backtrack into an enemy’s territory, it will respawn, meaning you can find your comfortable grinding spot and then rack up the levels. You need a key to exit each level, and like any of the drops, they’re random. So, if the enemies are playing shy about dropping their wallets, you may end up grinding unintentionally, just trying to end the stage.

On the other hand, you also get gold and there are hidden shops. I say “hidden,” but mostly because there aren’t any signs. There are often lots of doors in the environment, but only the rare one is an actual shop. Some are even literally hidden behind otherwise solid walls. But what make these especially hard to find is the fact that in order to enter them, you have to hold Up and press B. No one really tells you that the shops are there or that this is how you enter them, so you’re welcome. 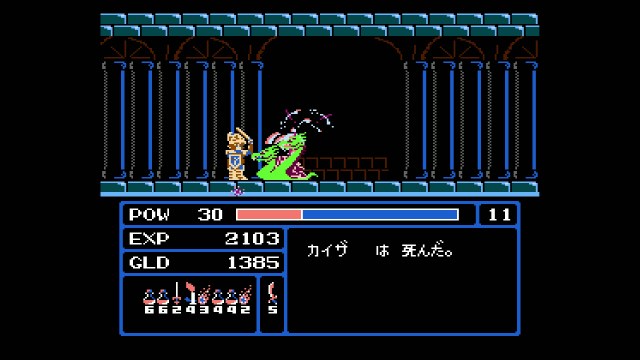 I will break you

Zombie Hunter’s biggest downfall is that it has no protection against grinding, if that bothers you. It will happily let you over-level yourself and kill the boss in a couple of swats. That can be fun, but the problem I find is that there is no baseline difficulty. It feels like grinding out some experience is expected. It’s certainly welcome. So how do you play Zombie Hunter without grinding? Do you just press your way through the encounters without doubling back? Do you grind in moderation? Try and stop me.

Really, I guess you set your own difficulty, but Zombie Hunter can screw you over pretty quickly. You have to prepare, but what is the right amount of preparation? This is my dilemma. Don’t give me the ability to break the game because I always will. I have no respect for your design. 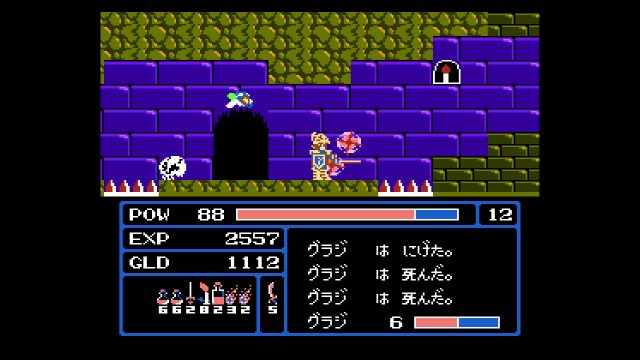 I don’t think Zombie Hunter is going to set anyone’s groin alight, but I found it to be a rather pleasant surprise. I had never really heard of it before, and while it is a strange mix of polished and ramshackle, it’s a decent way to spend the afternoon. I just can’t get over what a lack of restraint it has in its design. There aren’t even that many zombies.

Activision was apparently going to bring Zombie Hunter to western shores, but for whatever reason, canceled it. A version was released on the MSX home computer, but it hasn’t been ported to anything modern. That’s sort of a shame.

Especially since it can be a bit heavy with its Japanese. There is no word puzzles, so you can get a feel for the menus, but unless you have a baseline in the language, it’s difficult to discern. Luckily, there is a fan translation of it, so if you’re a monolinguist who has an afternoon to burn, I can think of worse ways to do it.