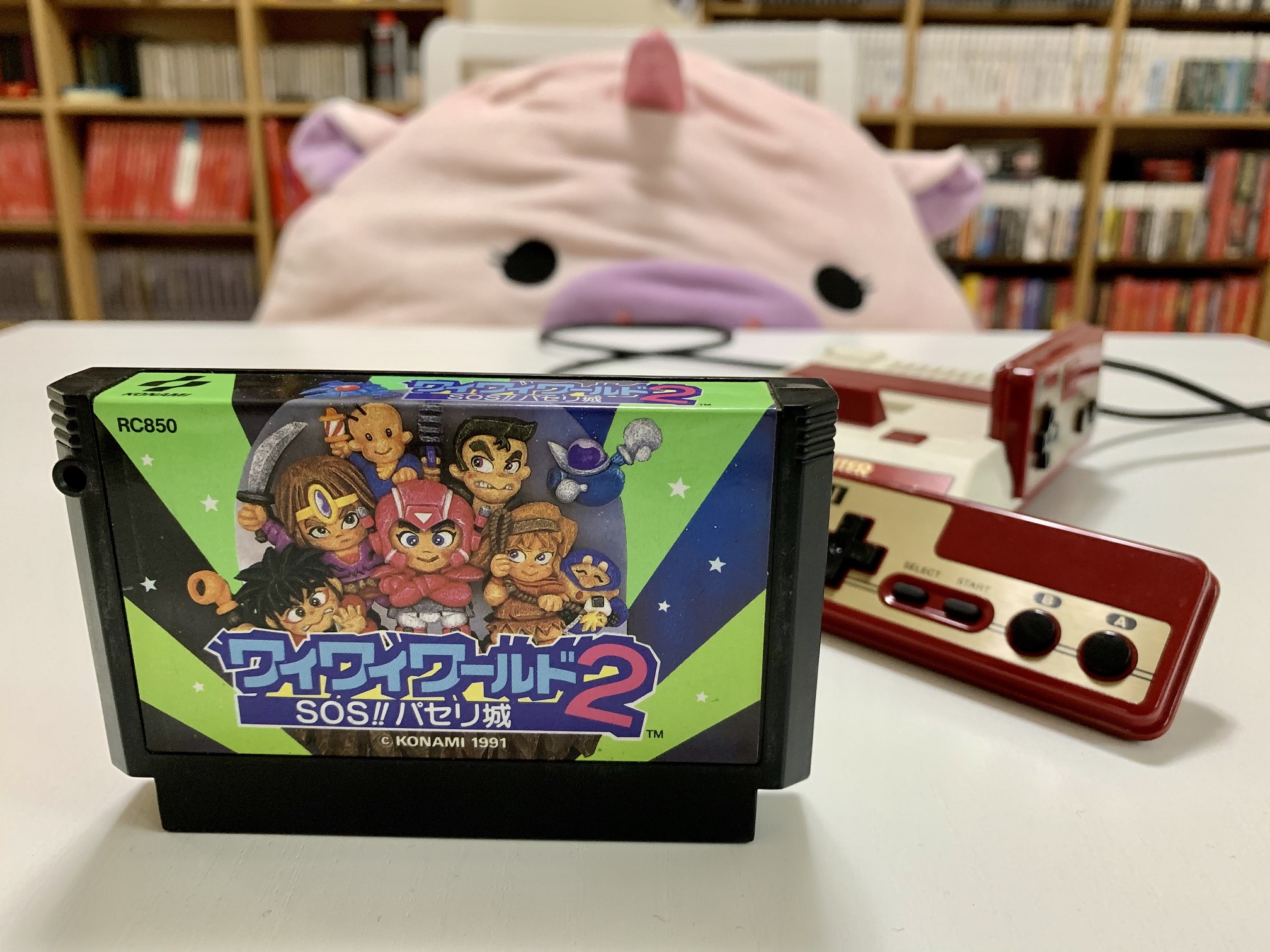 It’s hard not to look back at Konami’s Famicom days and not get a little misty-eyed about how it used to be a fun company before the soul was sold out from under it by the corporate powers. It’s even harder once you look at Wai Wai World 2. Playing the game is like finding a horse murderer’s photo album and discovering it’s full of colorful pictures of ponies. It’s all wide-eyed and cute until you realize, “These were their first victims.”

The original Wai Wai World was a blast, just not a very big blast. It did its job bringing together a bunch of awesome Konami characters but did so into a clunky game full of annoyances. If you can believe it Wai Wai World 2 does the same thing, but with only one real annoyance: Upa. But then, babies ruin absolutely everything. 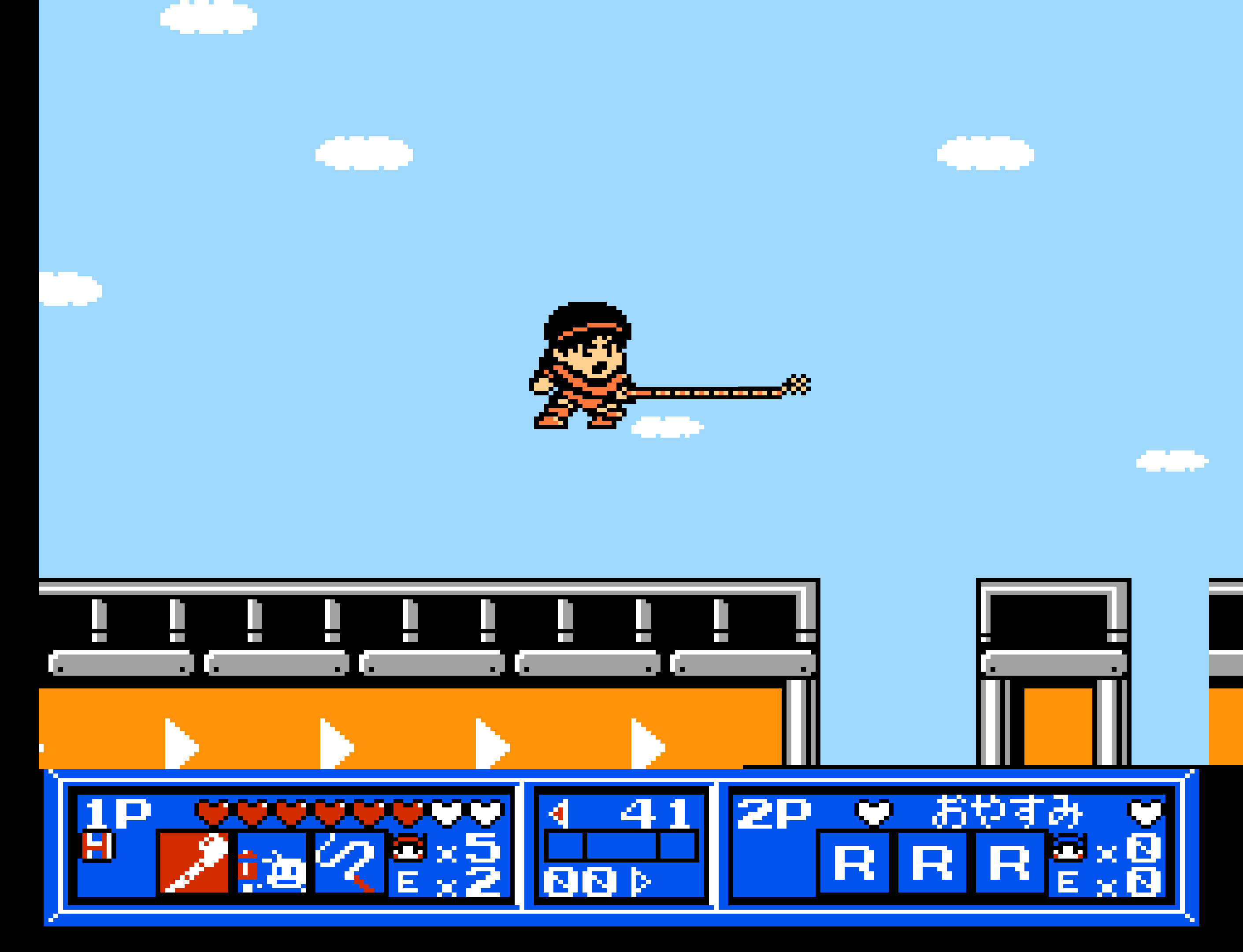 I don’t care who you bokutte

Wai Wai World 2 is a completely different beast from the first game. While the original was some sort of exploration-based platformer, the sequel shifts genres quite a bit. The biggest slice of it is an action platformer. You choose a set of three heroes from predefined combos. There’s Simon Belmont from Castlevania, Fuuma from Getsu Fuuma Den, Bill Rizer from Contra, Goemon from Ganbare Goemon, and Upa from Bio Miracle Bokutte Upa. Your first thought is probably some combination of everyone but Upa, however, there’s only one setup where Upa isn’t there. Sadly, this combo also omits Simon, so is it even worth it?

Each character has skills based on how they played in their respective games. Simon has a whip, Bill Rizer shoots things, and Upa uses a rattle to turn his enemies into clouds. They’ve all been unified by a cutesy chibi art style. Simon looks fantastic in his big-eyed form, but Upa once again just looks like Upa. Upa sucks.

You’ll notice that characters like Mikey from The Goonies and King Kong from King Kong 2 are missing, and that’s because they were licensed. This list of cameos may seem rather anemic in comparison, but in other modes of gameplay, you jump in as Twinbee and Vic Viper. Despite having fewer characters, Wai Wai World 2 is just as much a celebration of how great Konami used to be. 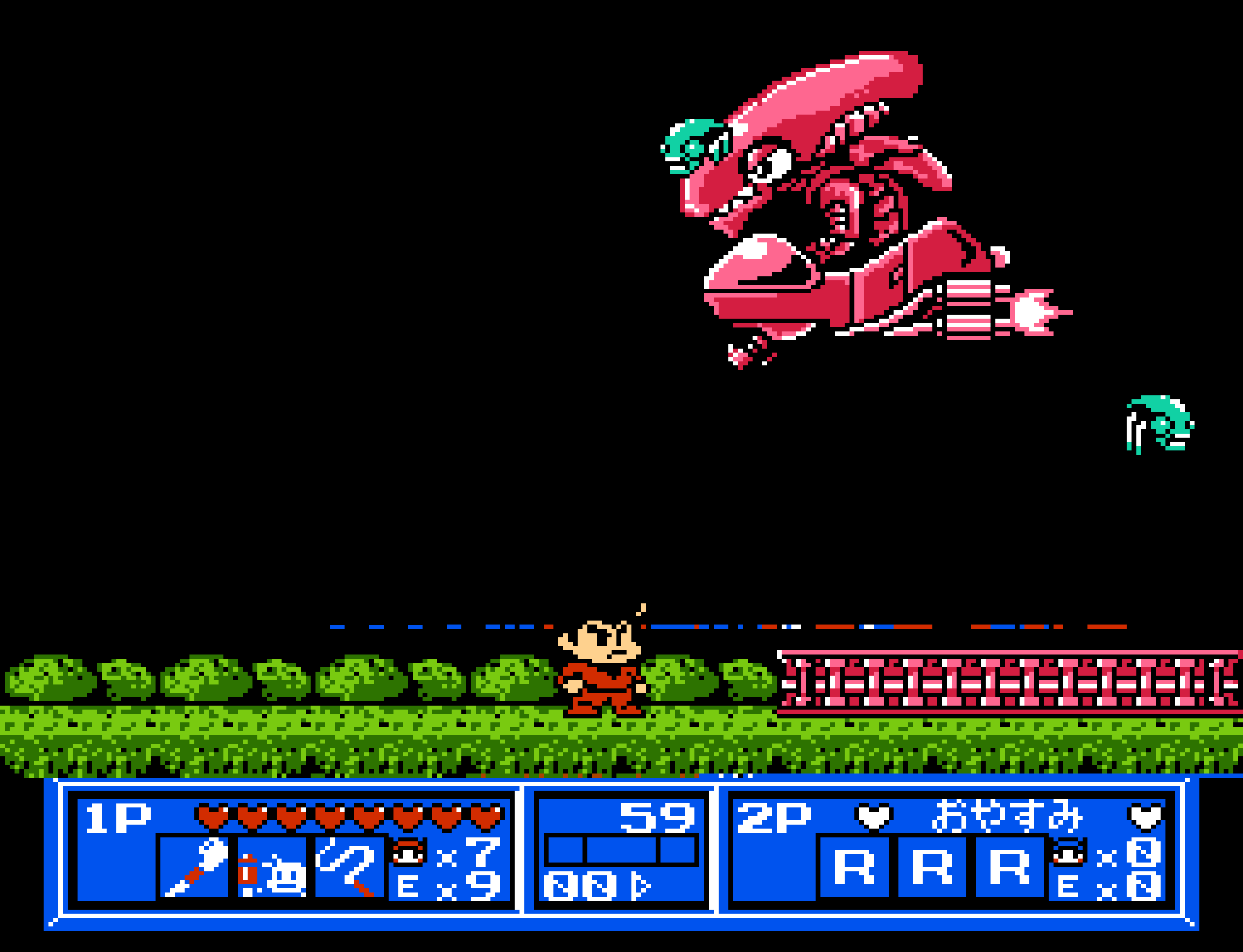 Rather than just choosing what character you play as you always start off as a generic-looking dude named Rickle (maybe). In order to change into one of your set of characters, you first need to grab a power-up, which then starts cycling through your chosen heroes. You then intuitively hit up and jump to transform into them. This is more of a power-up than a character change. A clock ticks down, and when it runs out, you turn back into Rickle. Taking damage decreases the time you have left, but you can also pick up health to increase it. If you play carefully, it’s possible to stay in your favorite character’s form for the duration of a level.

Some of the characters have special advantages on levels inspired by their games. Upa, that horrid infant, can swim faster and open his boxes. Fuuma can smash skulls in Yomi. Any character can get through any stage (although I got stuck with Goemon going through Yomi, and I was forced to wait for him to turn back into Rickle so I could proceed), so it’s generally just a bonus when you get to their respective level. That’s probably for the best, as you cannot change your character group at any point. You’re stuck with who you chose at the beginning. 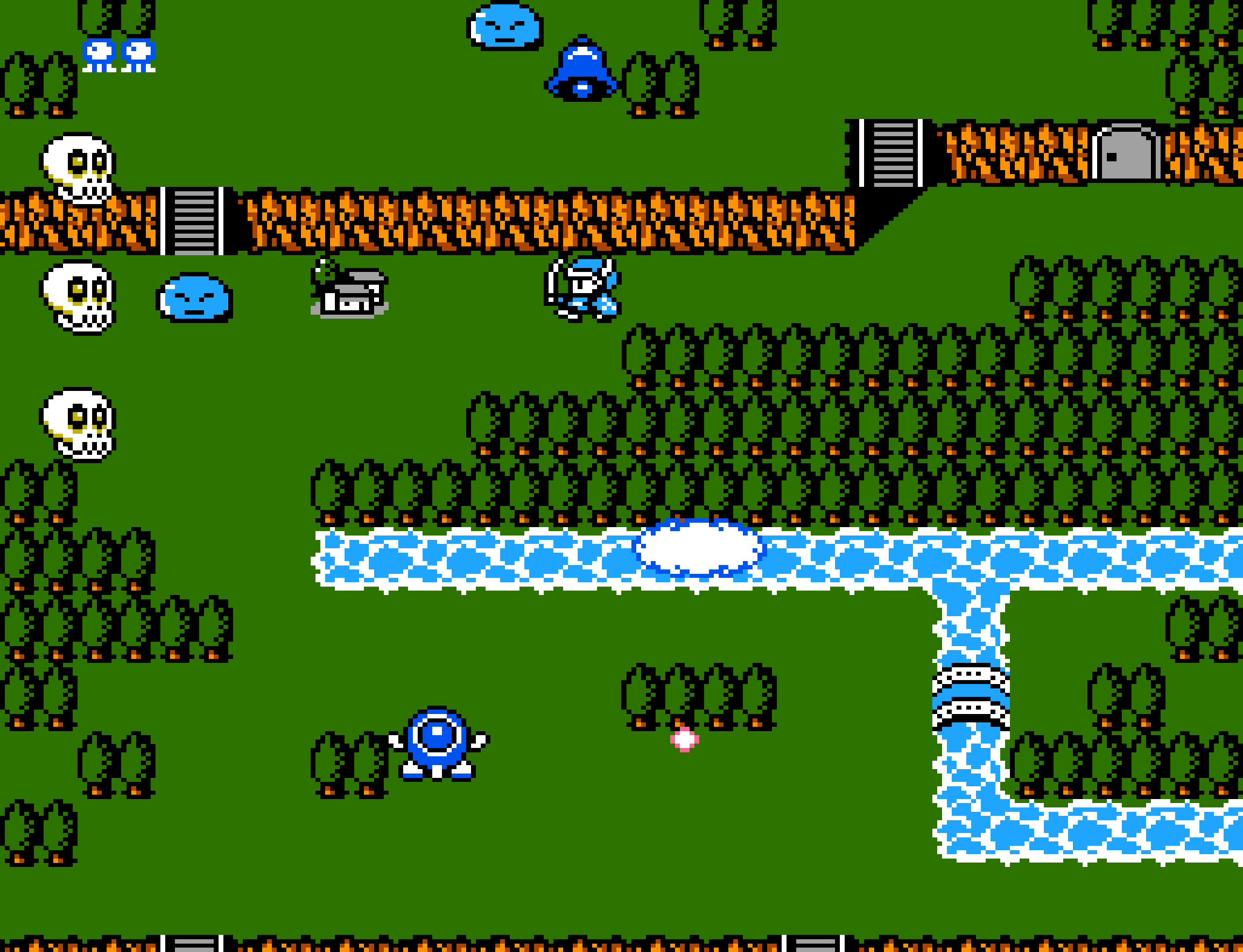 Konami Wai Wai World 2 certainly loves its source material. While the unification of different genres means that certain levels don’t feel anywhere close to the games they were based on, few sacrifices are really made. There are sections based on Twinbee and Gradius, and remarkably, they play strikingly similar to Twinbee and Gradius. The stage based on Bio Miracle Bokutte Upa might as well be ripped straight from the game based on how convincingly it replicates the experience. Which isn’t great.

Speaking of which, I hope you have some experience in Twinbee and Gradius, otherwise, those stages are probably going to kick your butt. The side-scroller stages are all pretty simple, but those shooter stages are perfect reflections of the genre. It can be quite a derailment, especially if you’re not familiar with their mechanics. It’s like being invited to the 100m hurdles and suddenly being forced into the high jump. Or when you take a swig of water and it turns out to be moonshine. It’s nothing you can’t handle, but some warning might have been nice. 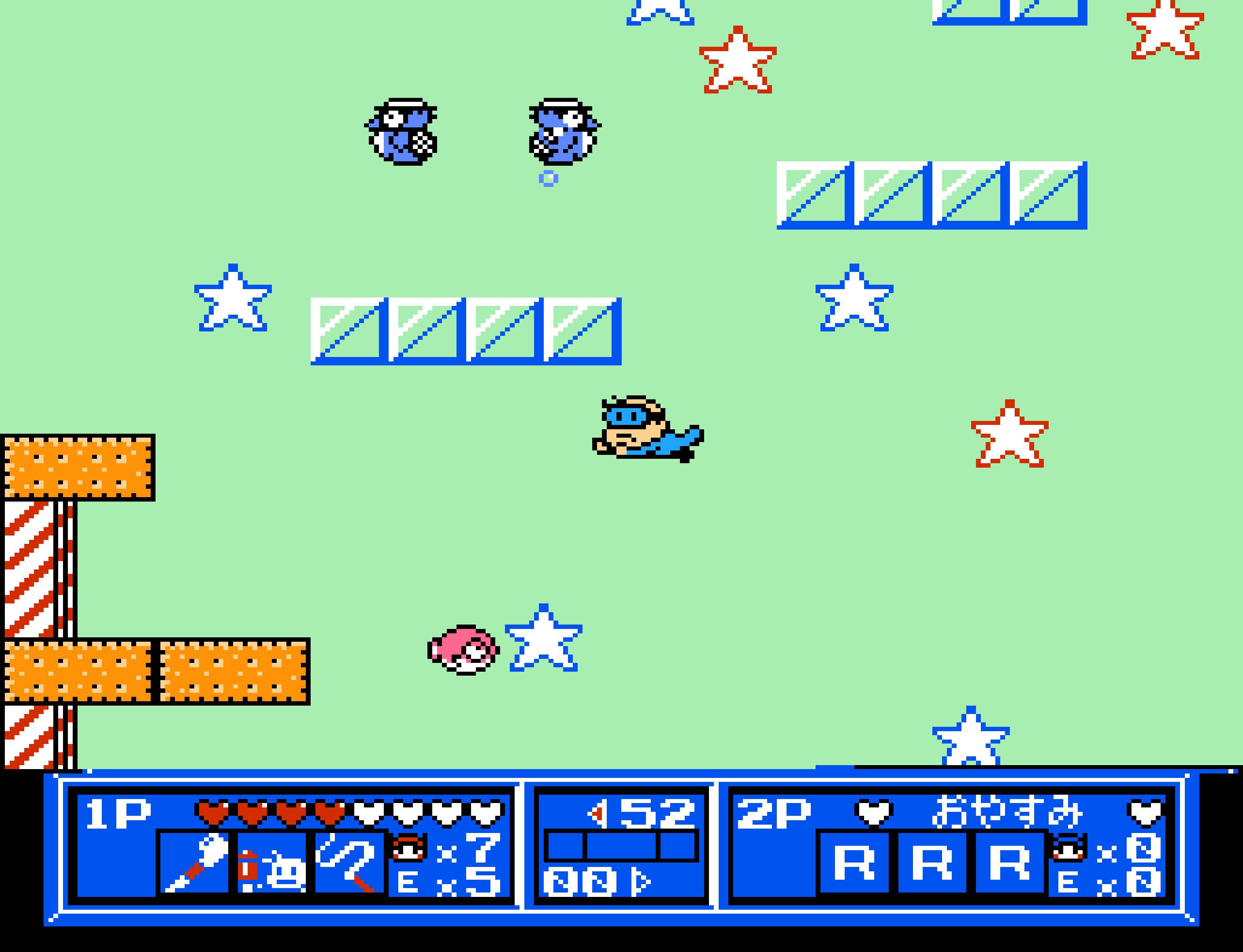 The clean, chibi art style is what really sells Wai Wai World 2 to me. I didn’t realize how much I wanted a cutified, big-eyed Simon Belmont, but now I need a t-shirt. It’s a unique, uniformly silly way to look at these classic games. It’s even better when you play it with a friend, which is more I can say for the original Wai Wait World.

The soundtrack, however, I can’t say I’m a fan. It’s not bad, but it’s drawing from a lot of games where the soundtracks are great. They’re once again remixed in a way that fits with their new style, but the result is that a lot of their punch is gone. Look, the Stage 1 theme in Contra was perfect. You can’t improve on that perfection. The first Wai Wai World did a better job of staying true to the original games, I’m not sure why that can’t be said here.

Once again, Konami ignored us over here in the West when it came to Wai Wai World 2’s release. To be fair, many of the characters available would be a mystery over her, though we’d soon see Goemon as Kid Ying in Legend of the Mystical Ninja. Konami was also still releasing games for the NES in North America through to 1993. We’d eventually get Konami Wai Wai Racing Advance as Konami Krazy Racers further down the line if you want to be optimistic.

Lucky for you, if you can’t read Japanese, Konami Wai Wai World 2 is still rather simple to play. There are some brief bits of dialogue between levels, but you can skip by them. If you’d rather, there is a fan translation available so you can read what’s going on. Too bad there isn’t a patch that removes Upa.