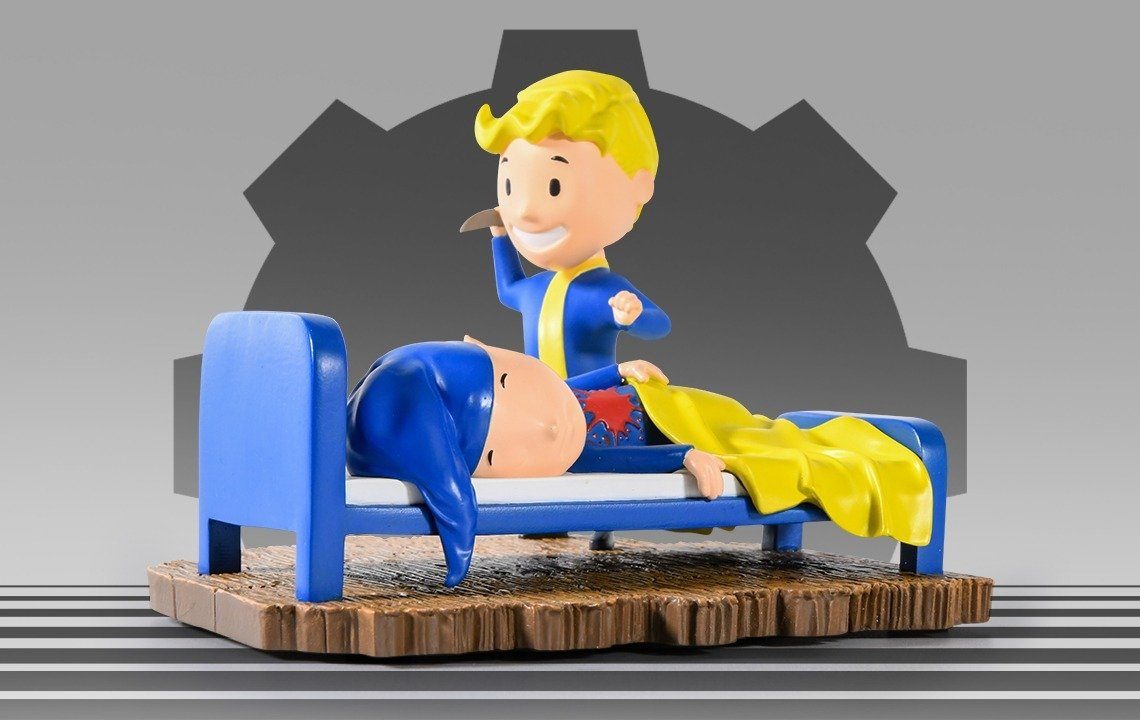 Don’t sleep on it

Bethesda has revealed a brand new figurine that will “brighten” the bookshelves of any dedicated Fallout fan. The figurine is a physical representation of Fallout‘s “Mr. Sandman” perk, and depicts Vault Boy cheerful sending a hapless enemy into a land of endless slumber. This full-color, SDCC-exclusive figurine is a variant of the previously released grayscale edition of the same model.

Crafted by merch-maker Development Plus, the SDCC-exclusive Fallout Mr. Sandman Technicolor figurine is made of polyresin and stands just under four inches tall. The hand-painted model will be available to pre-order from July 22 until July 25 over at the Bethesda Store. But move fast, as the model is being manufactured in a limited run of only 200 pieces. The Fallout Mr. Sandman Technicolor figurine will retail for $40 USD, with delivery expected in October of this year.

It’s pretty darn grisly, right? But such is the strategy of any sneaky wasteland warrior. Be sure to grab one of the statues for yourself, then you can park it next to your bed and drift off to sleep where you will no doubt have delightful dreams. But perhaps make doubly sure that all of your doors and windows are locked…