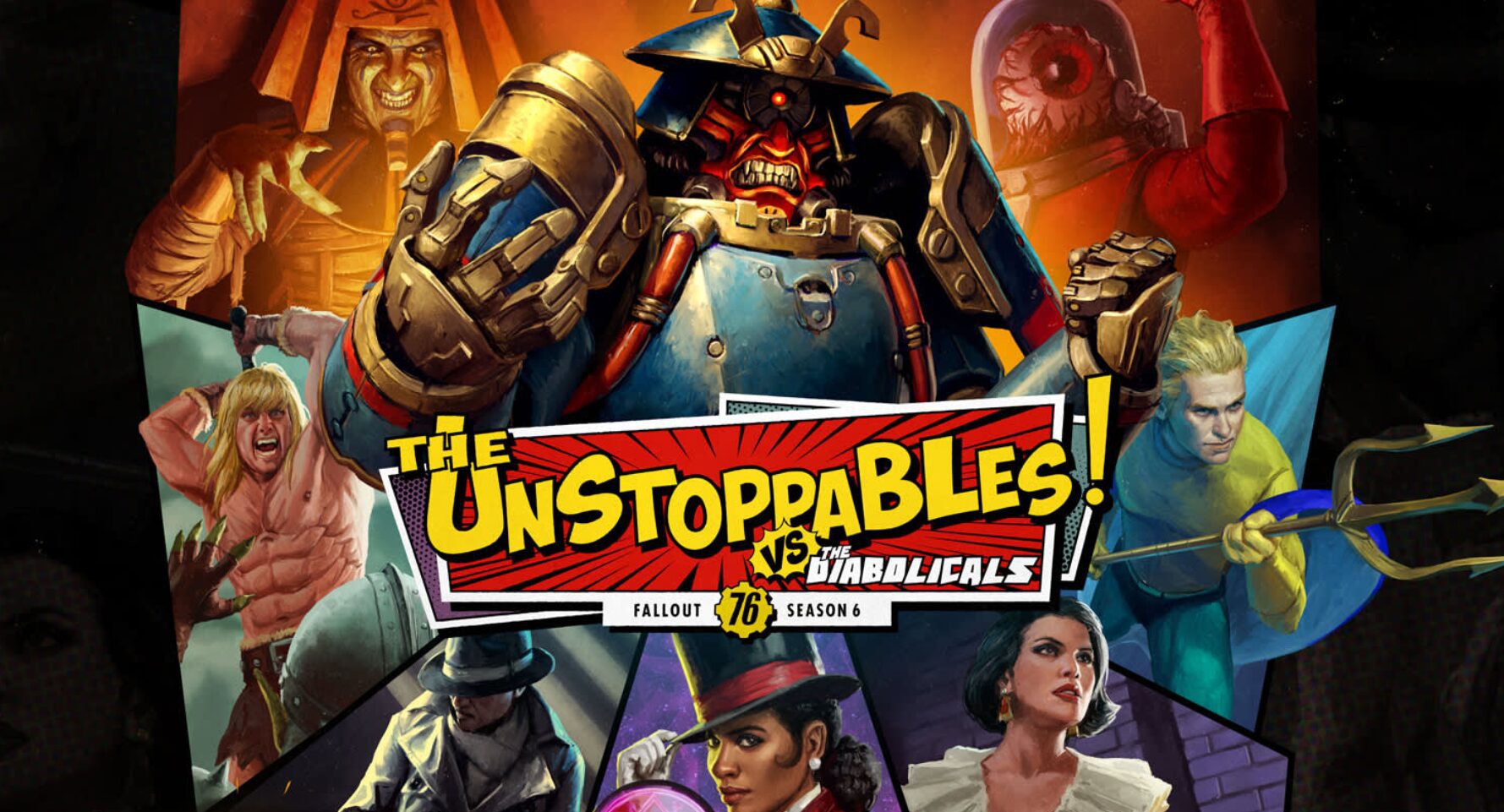 When the Fallout Worlds update hits

The upcoming Fallout 76 season is embracing radio serial superheroes with the upcoming cycle called “The Unstoppables versus the Diabolicals.”

Unveiled in a new trailer, rewards will be tailored around players assuming the role of sidekicks for the titular Unstoppables (Grognak, The Silver Shroud, Mistress of Mystery, The Inspector, and Manta Man), as they battle it out with the evil opposite faction. The story is framed around a Sinister Six-style narrative, where formidable villains (like “Samureye”) team up for the first time. New allies include Daphne, and Maul, with a robot dog companion in the mix too. Posters, flairs, workbenches, paints, objects, outfits, and poses are all part of the season, as usual.

This new Fallout 76 season is all set to arrive on September 8, alongside of the massive Fallout Worlds update. As usual these season updates are “free,” but you can pay 150 atoms (currency) per level to advance the track; which can create a sense of FOMO for people when the pass is nearing the end of the line (a problem Halo Infinite seeks to solve, thankfully).

You really have to give it to the team that attempts to make these season pass schemes work. The order probably came down on high to make the game more profitable on top of the premium price, the microtransactions, and the subscription service, and they really made the best of it. Calling the season pass track a “sinister maze that the Unstoppables have to escape from” is just pure genius. Like that time BioWare had the minstrel NPC that sold you DLC.