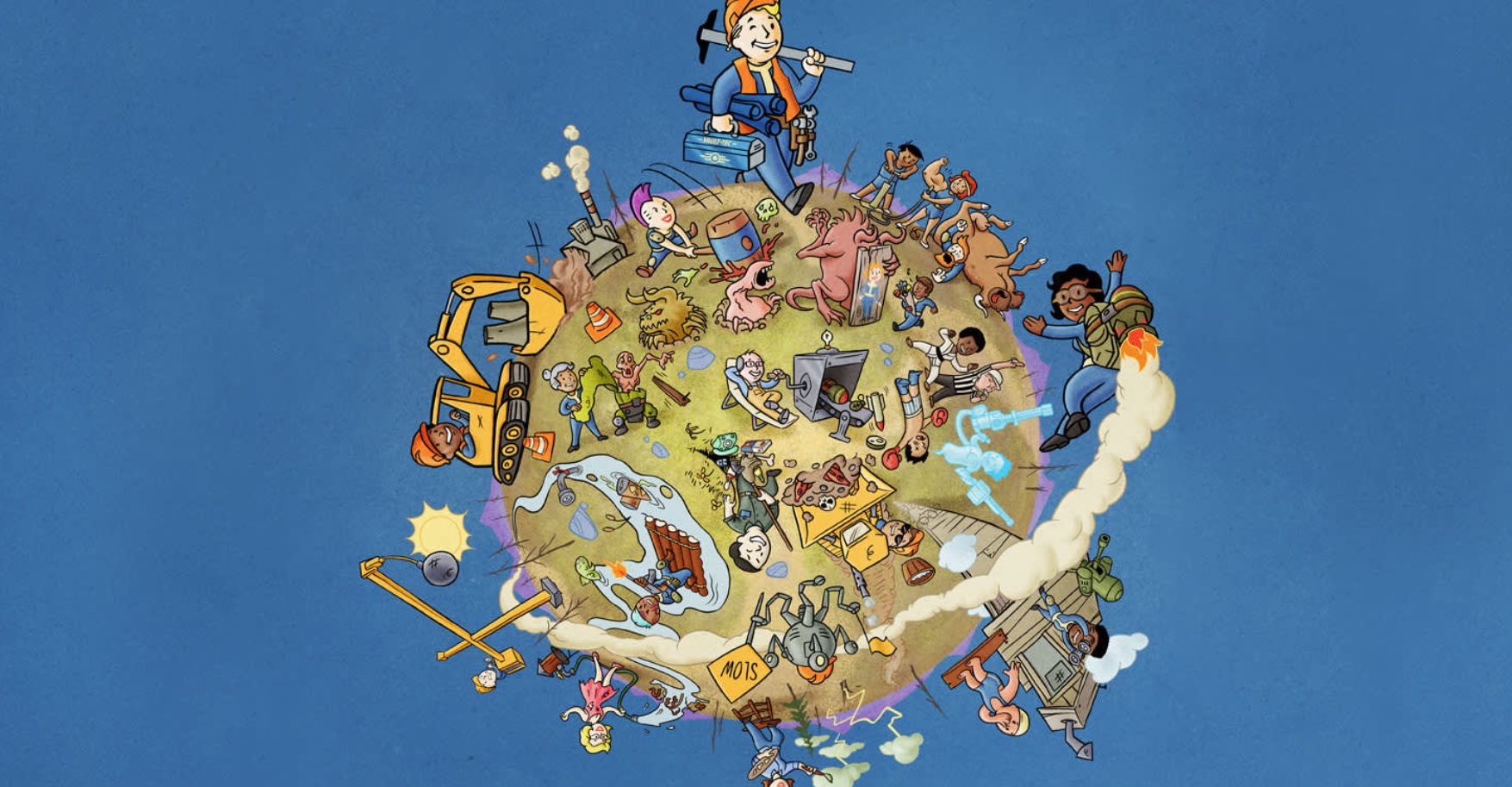 Fallout Worlds is out now in Fallout 76, and part of it is free, part of it is tied to the Fallout 1st premium subscription service.

As a refresher, Fallout Worlds allows people to basically make custom modes and share them with the world, with curated ones available on a rotating platter for free. Set for a last-minute delay, Bethesda revealed that they actually sorted out an internal bug and managed to clean it up in time to get Fallout Worlds out the door on time for this week.

So what is it? Well, the new blog post says it best:

The Fallout Worlds update ranges from 15GB to 23GB depending on your platform, which is pretty meaty. So far the playerbase has encountered some bugs, and there is some pushback on forcing custom game hosting with the subscription paywall. Some fans are disappointed that so much effort went into bolstering creative mode and not the core game.

This is all part of Bethesda’s attempt to pivot Fallout 76 into areas that people actually will pay for and play regularly. Recently we saw the plug pulled on the battle royale experiment, and since launch they’ve slowly been dabbling in the creative side; now they’re doubling down on it. In fact, the battle royale mode is completely out already! The Fallout Worlds update removed all traces of it from existence.