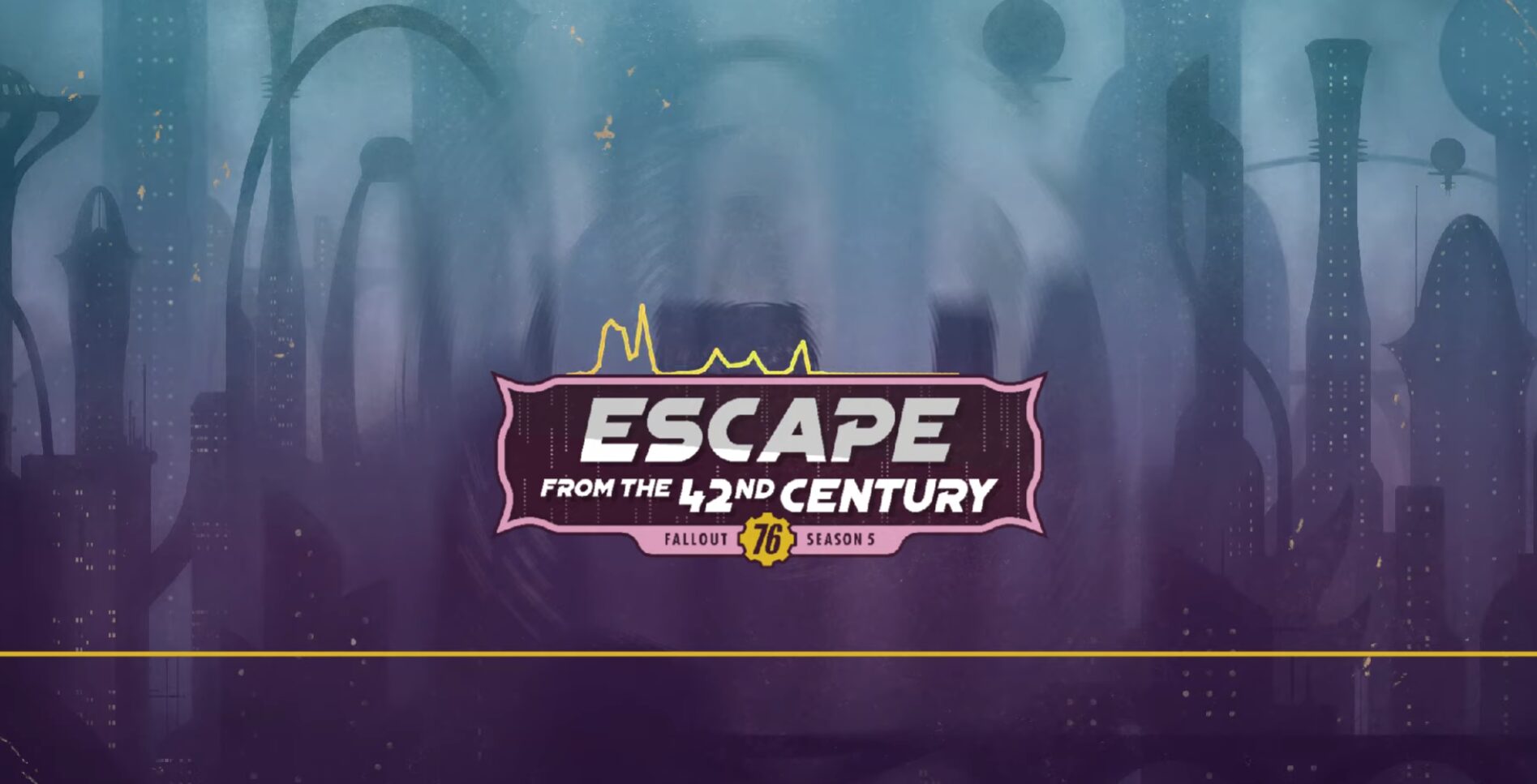 On a cold winter’s day around a decade ago, I went down the rabbit hole of radio plays and serials. I started at the 1981 Lord of the Rings radio series and never looked back. Now Bethesda has created a companion piece of their own for their ongoing games: another Fallout 76 radio play.

Here’s the setup for the Fallout 76 radio play:

“Join the intrepid time-traveling historian, K.D. Inkwell, as she is suddenly flung forward in time—all the way to the 42nd Century! This Season, we’ve created a three-part radio drama that we hope will delight your eardrums. Listen in as Inkwell is thrust into a dystopian future, where she’ll search for answers to important questions, like ‘What mysteries does the future hold?’ and ‘Why are those dolphins walking?'”

K.D. Inkwell has been the focus of the “Escape from the 42nd Century” season pass theme as of late, and slots right into the existing radio play motif. In all the entire Fallout 76 radio play is around 15 minutes (and that includes the lengthy intros), so it’s not going to take up much of your time. The Bethesda blog post says they had fun making it, and you can really tell. The folks upstairs seem to really want this game to succeed and live on, and the development team is up for it: even with unconventionally cool activities that don’t directly benefit the monetization scheme. Speaking of in-game activities, the team is aiming to make these available from the season pass scoreboard screen “in a future update.”

In a sorta related event, someone recently started uploading the original 1949 Batman serial sequel to YouTube (before Adam West and Burt Ward put their stamps on the characters), so this whole vibe is extremely up my alley.

You can find part one here: