In case you missed it, Fallout 76 swapped to the seasonal track format a while back, and the game is hitting its fifth season on July 7. Typically these involve a fantastical/far-fetched element like GI Joe parodies and the like, allowing the team to get creative and stretch the theme a bit farther than the actual game will allow. Enter “Escape from the 42nd Century. Fallout 76 Season 5 is a little farther down the timeline than Duck Dodgers’ 24½th Century, and Buck Rogers’ 25th.

Bethesda confirms that season 5 will run through September, which is in line with how previous seasons ran. Meta-character K.D. Inkwell returns, and now deals with a dystopian future overran by Dolphin Human Hybrids that are part of the “MIND Organization.” Evidently, they want to convert people into a Borg-like collective. Man, this team really is giving it their all, still! This sounds like it could just be a future DLC, similar to Far Cry Blood Dragon.

Rewards include legendary cores, CAMP objects, weapon/armor skins, and the Red Rocket Collectron (which will find auto parts for you). The season also continues the “infinite” concept of some other passes, which allows players to rank past level 100. 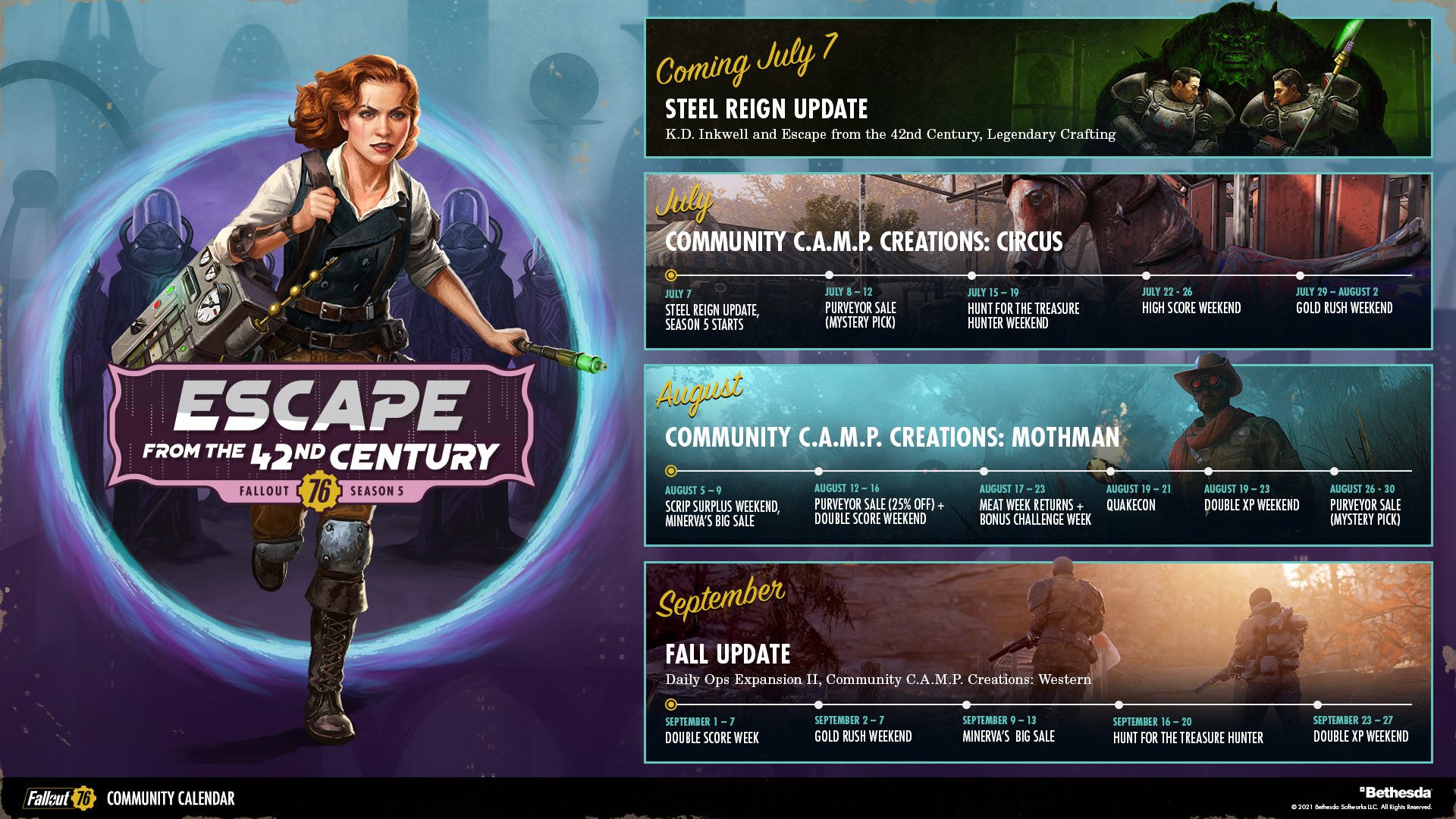 As a reminder, the Steel Reign update will launch on July 7 at the same time as the new season. After that, we’ll be getting The Pitt at some point as an update. In the short term, we have a community calendar that you can check out above.

You can find the full details for season 5 here.